Manchester United are ready to make a statement of intent next summer by bidding for Real Madrid defender Raphael Varane, according to reports.

Signing a centre back will be United's number one priority next summer, having failed to add to their options in that position in either of the last two transfer windows.

The Red Devils have long been linked with a move for ​Napoli defender Kalidou Koulibaly, but the ​Manchester Evening News claims that Varane is now at the top of Ed Woodward's wish list.

Senior figures at ​Manchester United told the newspaper in August that the club was prepared to spend £100m on signing a new centre back, though it was later specified that Varane was not the player being targeted. £100m would be a world record fee for a defender - surpassing the £75m Liverpool spent on Virgil van Dijk - but it might not be enough to sign ​Varane, who reportedly has a ​Real Madrid

​AS reports that United are currently making enquiries about Varane's willingness to enter into negotiations. The Frenchman stated back in October that he is 'very happy' at Real Madrid.

​The Sun, meanwhile, claims that Koulibaly is one of five names on a shortlist of defenders who United will consider if Varane turns them down. 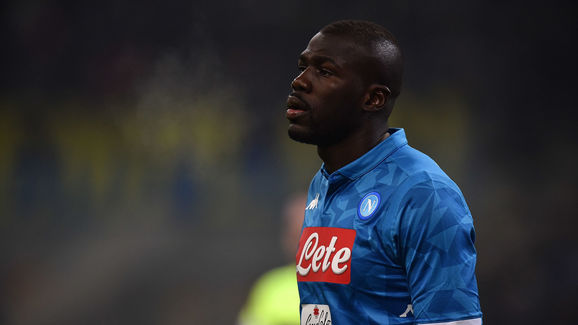 Tottenham's ​Toby Alderweireld, who will be available for £25m in the summer, is predictably among them, as is Leicester's ​Harry Maguire and AC Milan's Alessio Romagnoli.

Inter centre back Milan Skriniar completes the shortlist, despite repeatedly insisting that he won't be leaving the San Siro and angrily addressing a Slovakian reporting linking him with United last month.