Chelsea had a £44m bid for Italian midfielder 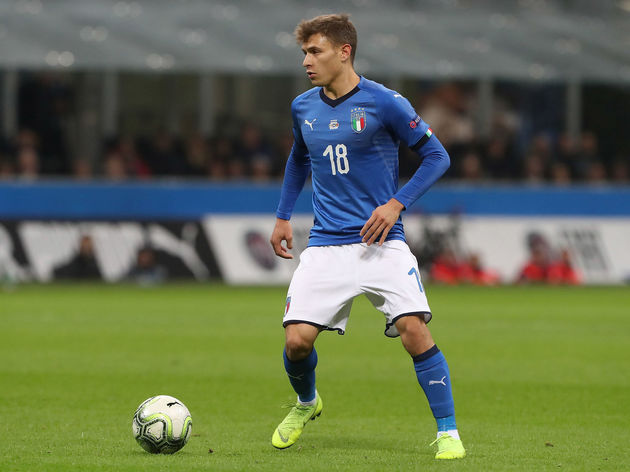 Tutto Mercato Web claim that Barella rejected the move to west London, citing family reasons for wanting to remain in Serie A.

Two of Italy's biggest clubs Interand Napoliare now believed to be the frontrunners for Barella's signature, with Cagliari hoping that their interest could spark a bidding war this summer.

Getting excited thinking about the midfield and forward lines for Italy at a future tournament: A technically gifted trio of Barella, Verratti & Zaniolo with quick wingers like Chiesa and Bernardeschi.

As a blanket statement, Italian clubs don't have the financial capabilities to splash £44m (or €50m) on signings every season, so to recoup a similar transfer fee Cagliari will need a number of clubs interested at the end of the season if they decide to auction off their star midfielder.

Barella came through the youth ranks at his hometown side Cagliari but has only started to make a name for himself in Italy following his return from a loan spell with lower league side Como 1907. The Italy international has gone on to make 97 appearances for the club and has even captained the side on a few occasions this season, most recently during a 2-2 draw with Empoli.