​Cristiano Ronaldo is reported to have been in touch with Real Madrid loanee James Rodriguez in an attempt to persuade him to make the move to Juventus at the end of the season.

Rodriguez has spent the past two seasons on loan at Bayern Munich, but his current campaign has been beset by injuries and he has only been able to make 14 appearances in all competitions. Bayern do have an option to make the deal permanent, but they are yet to exercise it after his recent battle with injuries. 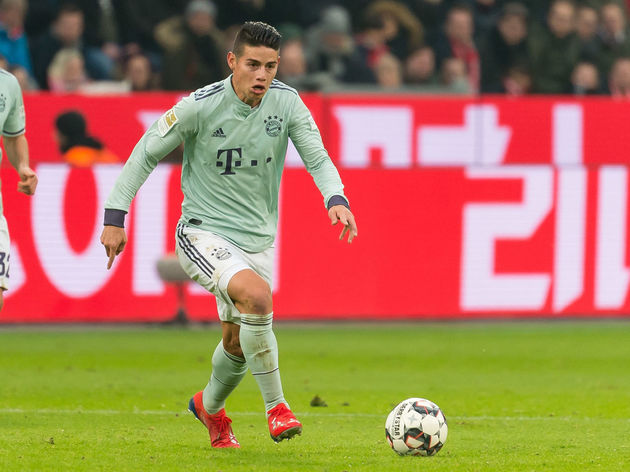 According to ​Marca, ​Ronaldo is keen to reunite with his former ​Real Madrid teammate and he has called ​Rodriguez in a bid to convince him to sign for ​Juventus this summer.

The Portuguese forward told press back in December that Juventus would not need to make any new additions in the summer, but the report from Marca suggests that he is privately thinking differently and that Rodriguez would be the perfect addition to the Bianconeri.

Rodriguez is also said to have told ​Bayern that he does not wish to continue past the summer and he is currently favouring a move back to his parent club. "Everyone in the club know his qualities. At the end of the day you have to decide which is the best decision for him and the club. I'm a really big fan of him," he said, via ​AS.