Rashford, who will be out of contract in 2020, has hit six goals in 10 matches under the Norwegian boss and in recent weeks has firmly staked his claim to be the club's first choice striker for years to come. United do have an option to extend Rashford's current deal by a year, but are looking to tie up his long-term future and ensure his best years are played at Old Trafford. 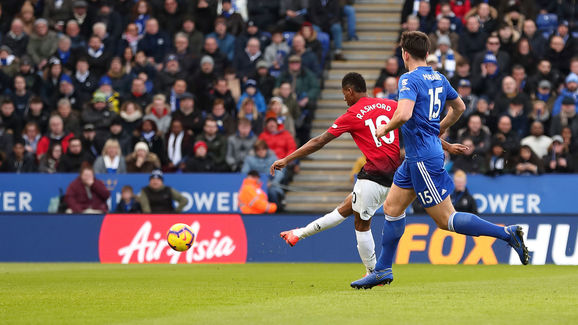 The England international has been targeted by Real Madrid following his upturn in form, but Rashford is reported by the ​Telegraph to see his future with his boyhood club.

​United are hopeful that the likes of Rashford and Anthony Martial - who himself signed a new five-year contract last week to put speculation over his future to bed - are going to form the base for a world-class attacking unit for the future.

Rashford, keen to sign, is already speaking to the club about the terms and would stand to see his wages doubled to somewhere in the region of £150,000-a-week plus bonuses when the new contract is confirmed.

Following ​Martial's signature, United appear keen to tie down a number of first team players to take the team forward in the next few years. As well as ​Rashford, goalkeeper David de Gea is perhaps the most high-profile player currently in negotiations, as his deal expires at the end of next season.

Ander Herrera has proved integral to Solskjær's way of playing of late, providing bite in midfield, and has been offered a new contract himself as the end of his deal approaches in June. Compatriot Juan Mata and the experienced Ashley Young have each been offered new terms too, though some doubt remains about Mata's intentions in particular.