Manchester City bounced back from midweek disappointment in style, as they beat Arsenal 2-1 on Sunday afternoon.
City took the lead after just 46 seconds, as Sergio Aguero dived in to head home from close range. Arsenal were unable to clear their lines, as the hosts capitalised and punished the Gunners, scoring inside the first minute for the second game in a row.

However, Arsenal equalised just ten minutes later, as Nacho Monreal's flick on from Lucas Torreira's corner was headed in by Laurent Koscielny to pull the Gunners back into it at the Etihad.

City went back in front two minutes before half-time, as Aguero finished off a beautifully worked team goal to restore a deserved lead for the champions. Aguero completed his hat-trick on the hour mark, bundling the ball across the line for his tenth Premier League hat trick.

Here's our breakdown of the match. ​Manchester City needed to react after a crushing midweek defeat to Newcastle United, and they certainly did that as they started the game in style. City controlled the game and played their trademark style of football once again, dominating Arsenal for large periods of the game.

Pep Guardiola's side truly looked like themselves again, giving a performance worthy of the record-breaking side that won the ​Premier League last season. It was a well deserved and well needed victory for City, as they earned a huge win at the Etihad to close the gap at the top to two points. 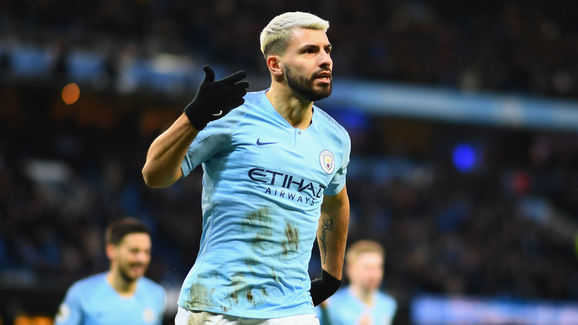 STAR MAN - It was a perfect performance from ​Sergio Aguero, who got his second hat-trick of the season and his 10th in the Premier League. Aguero did everything he needed to as a striker, as well as contributing to the team as a whole in an inch-perfect performance.

He got off the mark in less than a minute with a trademark striker's finish, and for every one of his goals he was in the right place at the right time. It was an incredible performance from the Argentinian, who showed why he is one of the best strikers in the league and arguably the world.

WORST PLAYER - There was little to nothing to fault in City's performance, with every player doing their job. No one did anything wrong or gave any reason to be highlighted for any faults, so for this one there will be no City player as the worst player - it was a flawless performance. It was always going to be a long day in the office for ​Arsenal as they conceded in less than a minute, and despite equalising soon after they were blown away by the hosts. Koscielny's goal gave the Gunners a lifeline, but they couldn't build on from it in a disappointing defeat.

The truth is that Arsenal were shambolic at the back. Although they showed the occasional good sign going forward, poor defending was their downfall as they made it too easy for City's attacking riches. It was embarrassing for the Gunners, who were comfortably beaten.

STAR MAN - Though he conceded three times at the Etihad, Bernd Leno did his best to keep Arsenal in the game. He made a couple of important saves throughout the match, and did his best to reduce the deficit in what was a poor defensive performance from the rest of his team. 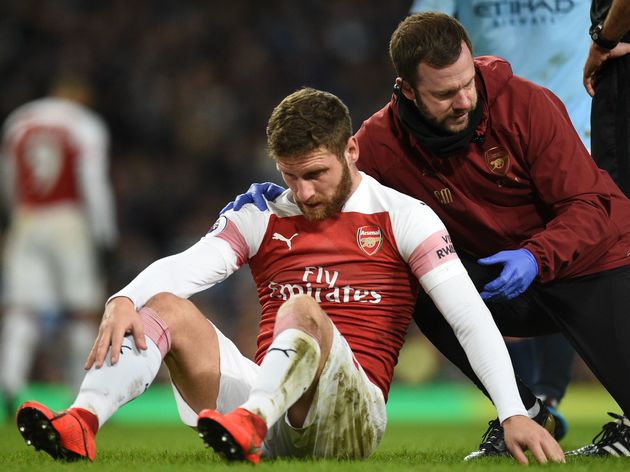 WORST PLAYER - In a dreadful game for the back four, Shkodran Mustafi had an afternoon to forget. He made it far too easy for City to open the scoring and was poor in the heart of defence, making mistake after mistake in a horrible outing at the Etihad

Manchester City have little opportunity to rest, as they return to action in midweek when they travel to Everton on Wednesday. They are then back at the Etihad for another huge test, when they host Chelsea next Sunday. Arsenal have a week before they next play, as they take a trip up to Yorkshire to face Huddersfield Town next Saturday. The Gunners then return to Europa League duties with a 3,000-mile round trip to Belarus, playing BATE Borisov in their Round of 32 first leg tie.