Real Madrid progressed to the Copa del Rey semi finals with a 3-1, and 7-3 aggregate victory, seeing past a spirited Girona side in the second leg of their quarter final tie.

Girona started the match on the front foot and were only denied the perfect start by the frame of Keylor Navas' goal in the second minute. Alex Granell's free kick from the right evaded everyone, including Navas, only to crash off the post and fall for 1 - Karim @Benzema has scored a brace twice against a single opponent (Girona) in a single season for the first time for @realmadriden. Effective. pic.twitter.com/vYSj2IyRbU 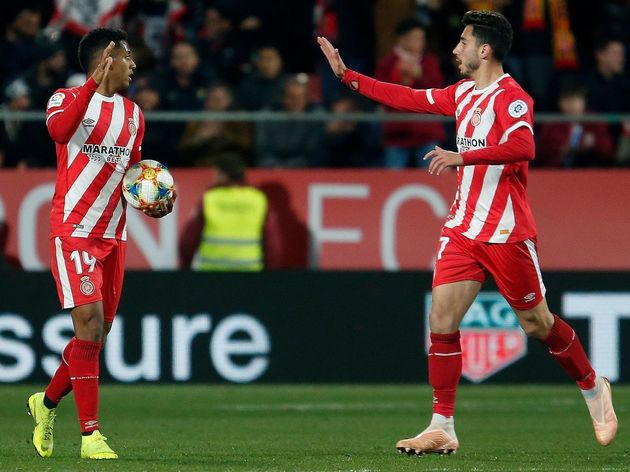 Solari's men have been on somewhat of a resurgence in La Liga following a poor start to the season, losing just once in their last ten, collecting 26 points from a possible 30. That said, they trail league leaders Barcelona by ten points and realistically stand no chance of claiming the title this campaign. The Copa del Rey offers their best chance of silverware this term, and while they will surely need to overcome Barcelona along the way, they will have to do that and more to lift their fourth consecutive Champions League this season. Ajax present a winnable round of 16 tie but Los Blancos will fancy their chances of lifting the trophy they haven't won since 2014.

Unlike their opponents, Madrid were clinical in front of goal at the

The Frenchman wrote himself into the Real Madrid history books on Thursday night, becoming the sixth highest scorer in the club's history with his 208th and 209th goals for the club.

The 31-year-old is nearing ten years at the club and, while he has come under scrutiny at times, has consistently proven his worth under the multitude of managers he's operated for. His tally this season has already surpassed last season's, currently averaging around one goal every two games.

The hero of the last leg for Real Madrid didn't do much wrong during the match, yet was the unfortunate choice due to the amount of chances his back four conceded during the match. He was hauled off on the 63rd minute for Nacho, likely being spared for the club's upcoming domestic fixtures. Real Madrid return to La Liga action on Sunday as they host fifth place Alaves, looking to keep up the heat on bitter rivals ​Atletico Madrid, who they subsequently travel to face in the following match the Saturday after.