Barcelona welcome Valencia to the Camp Nou on Saturday afternoon, as they both return from big wins in the Copa del Rey quarter-finals.

The Blaugrana return to league action after an emphatic 6-1 win over Sevilla last Wednesday. Going into the second leg 2-0 down, Barca smashed Los Rojiblancos in the second leg to qualify for the semi-finals.

Valencia were also successful in the cup, beating fellow La Liga side Getafe 3-1 at the Estadio de Mestalla. An injury time brace from Rodrigo sent Los Che through to the final four, as they aim to lift the Copa del Rey for the first time in 11 years. ​Barcelona have no fresh injury concerns, though Ousmane Dembele could be available again after overcoming an ankle injury. Barca will remain without Rafinha and Samuel Umtiti, who both look likely to be out for the remainder of the season.

Valencia are still without Goncalo Guedes and Geoffrey Kondogbia, who are sidelined with groin and hamstring injuries respectively. They could possibly be back in the next few weeks, with both likely to be back to full fitness by the end of February, ​Barcelona and Valencia have met 63 times, with the Blaugrana having the far superior record. Barca have won over half of the meetings with 32 wins as opposed to Valencia's 14 wins, with 17 draws between the two sides.

Last time out it ended all square at the Mestalla in October, as ​Lionel Messi cancelled out Ezequiel Garay's early goal to earn a 1-1 draw.

Valencia have failed to beat Barca in their last seven meetings, with their last result coming in a 2-1 win in April 2016. However that is their only win in the last 13 games between the sides, with the Blaugrana having won eight of those meetings. 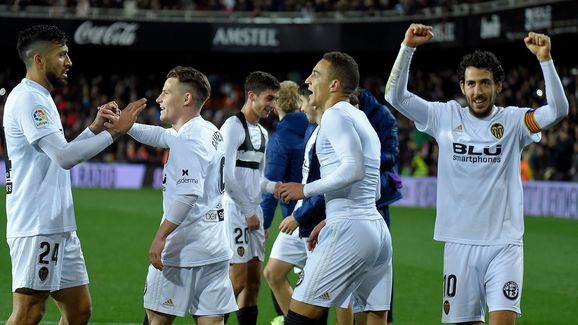 ​Barca are in excellent form, losing just once in their last six games. Their 2-0 defeat to Sevilla was a clear blip, as it is the only time they have failed to score all season in 34 games played. This was followed up with a six-goal performance against the same side on Wednesday.

​
Valencia's record is exactly identical to Barcelona's - just one defeat in their last six. They currently sit on three La Liga wins in a row, and will hope to make it four at the Camp Nou in a very tricky test for Marcelino Garcia Toral's side. 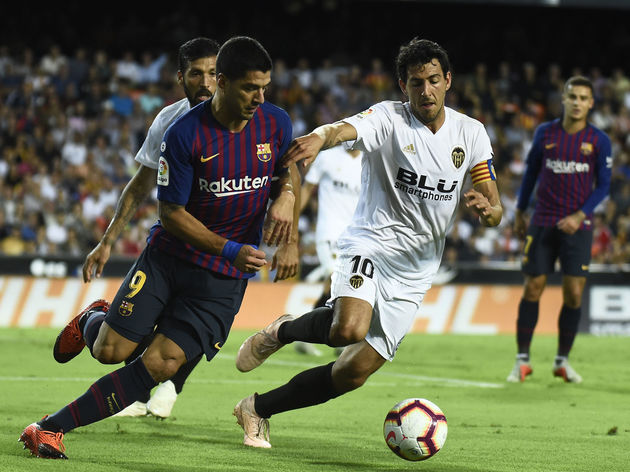 It's unlikely to be a simple game for the hosts, but in their current form they could go rampant on Valencia. However, the visitors' form is just as good as Barca's, which will promise for an interesting and possibly tight affair at the Camp Nou.

Nevertheless, Valencia will need a miracle or an incredible performance to defeat a team with an impeccable home record - Barcelona have lost just once at home in the league this season, in a thrilling 4-3 defeat to Real Betis last November.

Although Valencia won't go down without a fight, Barca are once again the favourites for this tie, as they look to continue their title charge and pursuit for a 26th La Liga title.