Jadon Sancho could be a summer target for Manchester United, as a report links the Dortmund attacker with a move to his former club's biggest rivals.

Sancho's lightning-quick emergence as one of the hottest prospects in world football over the last 18 months has been one of the biggest stories surrounding the English game, with his value now dwarfing the comparably nominal £7m Borussia Dortmund paid to secure him from Manchester City's youth ranks.

He could be on his way back to Manchester in the summer, however, as the Red side of the city has emerged as a potential destination, with United considering a £90m move for the winger, at least according to the ​Metro. 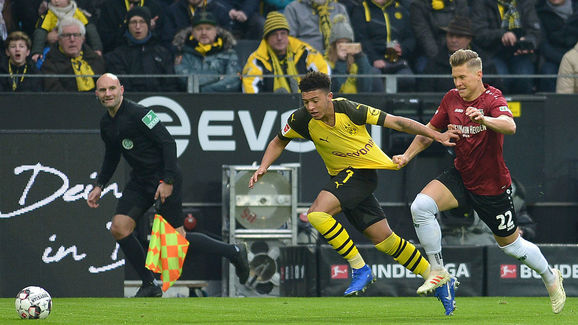 The claim is that, while they don't yet have a permanent manager in place, ​United are looking to get a headstart on their summer transfer business, and have consulted caretaker boss Ole Gunnar Solskjaer on the improvements needed in the squad.

They have arrived at the conclusion that they need upgrades on the right wing and in central-defence, and while the latter remains a priority, they reportedly Sancho as one of the best available solutions to the former.

So strong is their rumoured interest that they are not thought to be put off by the £90m valuation put on his head, and are willing to go in with whatever it takes to secure the England international, who has started each of ​Dortmund's last three Bundesliga matches from the right.

Interestingly, should Dortmund accept any bid from United, ​Manchester City are widely thought to retain a clause in the player's contract which entitles them to have an equal offer accepted, so we could see a Manchester scrap over the teenager's signature come June. 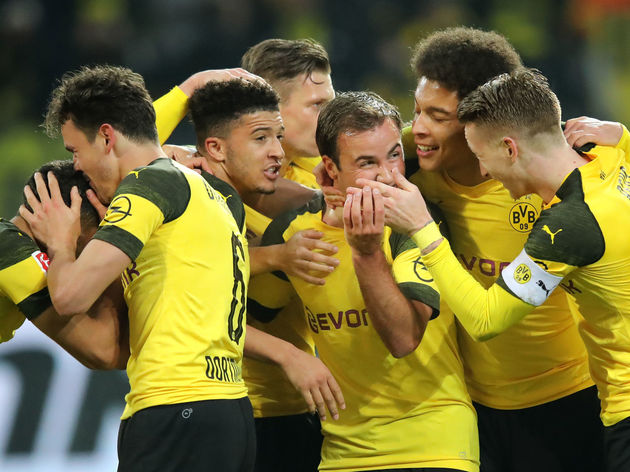 Dortmund, however, hardly have a reputation for letting players go easy. They raked in £135m for Ousmane Dembele in 2017, and will see Christian Pulisic leave to join Chelsea in the summer, so any potential deal won't be easily negotiated.