​Paris Saint-Germain are planning a deadline day swoop for Chelsea winger Willian, as a replacement for his injured compatriot Neymar.

The Parisians have just discovered their €220m Brazilian forward is set for a three-month spell on the sidelines, and will miss both legs of their upcoming Champions League tie with Manchester United, after suffering a metatarsal fracture in a French Cup game. 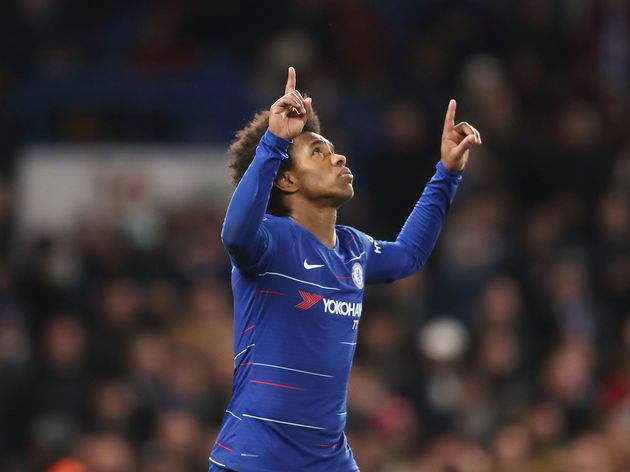 According to ​Sky Sports, the French champions have set their sights on Chelsea's Willian as the best answer to this temporary hole in their starting lineup.

PSG were also reported to be coveting Arsenal playmaker Mesut Ozil for the position, ​but the Gunner ultimately rejected the chance to join them on loan. And, though Willlian has just 18 months left on his current deal with the ​Blues, they are expected to rebuff any advances on their player in this window.

As with Ozil, the Chelsea man is an ideal candidate for the French side, thanks to his elligibility in the Champions League.

The club have also stood firm in their stance on precocious winger Callum Hudson-Odoi, having rejected several lucrative offers from ​Bayern Munich, and ignored the 18-year-old's transfer request.

Borussia Dortmund wide-man Christian Pulisic will arrive in west London this summer, after agreeing a deal to do so in this window, but his extra presence in the flanks may well be countered by the exit of ​Eden Hazard to Real Madrid.

Thus the need to keep all their options open for now. The 30-year-old Brazil international, who has made the most appearances for the Selecao since the 2014 Copa America (with 53), has previously garnered interest from Barcelona and several Chinese Super League teams, though the Pensioners have never wavered in their desire to keep him in their ranks.