​Liverpool forward Lazar Markovic might finally be on his way out of Anfield, with a transfer to Turkish side Besiktas in the pipeline.

It had been previously reported that the ​Serbian could be on his way to Mexico or China, but it appears that Turkey is now the most likely destination for the £20m Liverpool flop. 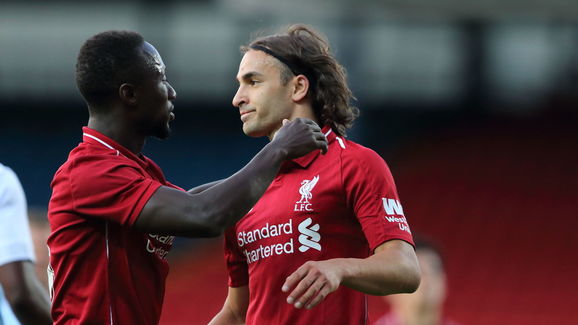 According to ​​Takvim, Markovic has been offered to Besiktas – who are in the market for a winger before the deadline following ex-Liverpool man Ryan Babel's move to Fulham this month.

The Black Eagles' manager Senol Gunes is said to be open to the transfer and talks have now opened between the two clubs over the 24-year-old.

Markovic was signed by Brendan Rodgers in 2014 from Benfica, making 34 appearances in his debut season, scoring just three goals and assisting once before being sent on loan to Fenerbahce the following season.

It's been 1295 days since Lazar Markovic last stepped out on a pitch for Liverpool.

Since he last featured for the Reds, Liverpool have roughly paid Markovic an eye-watering £9.25million. https://t.co/rT3F4AB2p9

Since his loan to Turkey, he has scored seven goals in three seasons, and hasn't featured for the Reds since May 2015 – with both parties keen to secure a transfer for the winger who has been with the Reds' Under-23s this season, after a move to Anderlecht fell through in August.

Beskitas are also interested in Tottenham Hotspur's Georges-Kevin N'Koudou, who has been back in the first-team frame in north London recently due to the club's injury problems.

Four years after buying him for £20m. Liverpool had agreed a £2.9m deal with Anderlecht for the transfer of Lazar Markovic but after travelling to Belgium, the player decided he didn't fancy the move.

Markovic will be praying that a deal can be agreed to take him back to Turkey before the deadline passes on Thursday and bring his Anfield anti-climax to an overdue end.