Juventus General Manager Fabio Paratici has reportedly left behind ripped up notes of the club's transfer strategy at a restaurant in a hotel in Milan, revealing several of club's apparent targets.

According to Italian publication ​Il Tempo, ​Paratici was dining at restaurant hotel in Milan this week, and jotted down some notes regarding potential transfers before ripping up the paper and leaving it behind.

However, he was recognised by someone nearby, who was able to put it back together and then decipher it. The notes contained a list of names accompanied by a transfer value, such as Brescia midfielder Sandro Tonali and '20', or Federico Chiesa and '50'.

There was also a space for Roma forward Nicolo Zaniolo, who was attributed the number 40, as well as Genoa defender Cristian Romero and Red Bull Salzburg’s Dominik Szoboszlai.

Indeed, on another side of the paper were the names Miralem Pjanic and Sergej Milinkovic-Savic, generating speculation of a plan to sign the Lazio star tin exchange for the former Roma man.

This incredible story was reported just before I Bianconeri took on Milinkovic-Savic and co at the Stadio Olimpico on Sunday night, where they ran out narrow 2-1 winners after going behind on the 59th minute from an Emre Can own goal.

Despite the result, Milinkovic-Savic's performance in midfield, especially paralleled against Can's woes, will only reinforce the rumours of a potential switch. And, as quoted by Juventus' official website, Massimo Allegri was far from pleased with this turn of events: “It must have been the kitmen’s fault, giving us ten shirts of different colours because we couldn’t pass each other the ball. 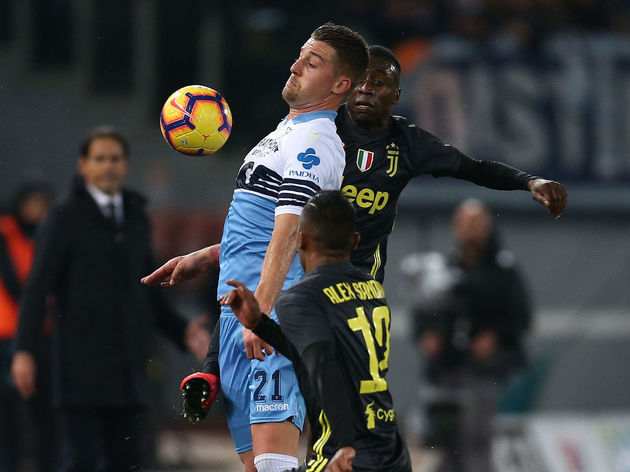 “We misplaced a lot of passes but it’s my fault. I tried playing Emre Can in front of the defence but at the moment he’s not fully adjusted to match tempo and movement, so I put him in a difficult situation.

"Until the 60th minute, we lost possession too much, let them counter and Ciro Immobile nearly made it 2-0. For the last 30 minutes, we did better and managed to win a difficult game, but it’s never been easy to beat Lazio here in Rome."