​West Ham United play-maker Manuel Lanzini has begun training with the club for the first time since rupturing the anterior cruciate ligament in his knee in June.

The Argentine picked up the injury whilst preparing with his national side for last year's World Cup in Russia and has spent six months on the sidelines, missing a total of twenty-eight games for the Hammers in all competitions.

Although Lanzini's return to action isn't expected for a number of weeks due to the severity of his previous issue, early tests have revealed that he is on the right track, barring any setbacks. 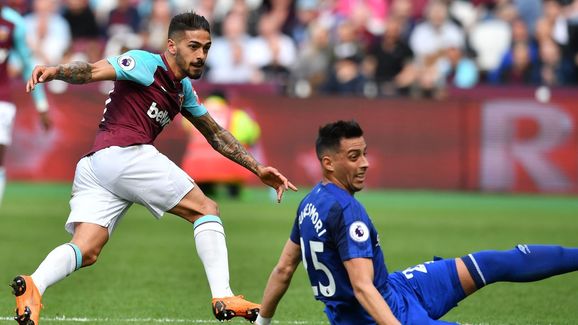 Speaking in a press conference as quoted by ​Sky Sports News, West Ham boss Manuel Pellegrini gave an update on the 25-year-old's progress by declaring: "We had the good news that Lanzini has started working with the squad.

"Just the warm-up, but he did his examination and he recovers the correct way."

Since joining the Irons from United Arab Emirates side Al Jazira in 2016 on a permanent deal, ​Lanzini has scored thirteen league goals and provided eight assists in sixty-two appearances.

When the former River Plate midfielder makes his long-awaited return to action, he should give ​West Ham a much-needed boost as they continue their pursuit of a top-seven finish in the Premier League.

Cannot wait for the fans reaction at the London Stadium when we hear these words:

"And coming on for West Ham, please welcome back our number 10, MANUEL LANZINI!!!" pic.twitter.com/c7rHZxRhlB

However, Lanzini will not feature in this year's FA Cup competition as the Hammers fell victim to a giant-killing at the hands of AFC Wimbledon on Saturday, losing 4-2 to the League One club at the Cherry Red Records Stadium.