​Juventus have reportedly sealed a deal to bring Martin Caceres back to Turin in a loan move from Lazio.

The Uruguayan, who spent a cumulative five years at Juve in two spells, has barely featured for the Roman outfit this campaign, registering just four appearances in Serie A and four in the Europa League.

However, the combination of the Old Lady's desire for defensive cover, and Lazio's desperation to balance their wage bill books ahead of a desired spending spree this summer has pushed the deal into existence.

And, according to Italian football journalist Romeo Agresti, it is now a done deal, with the 31-year-old set to return to I Bianconeri until the end of the season.

Caceres himself reinforced the rumours of a potential return in recent days when he liked an Instagram fan account's picture of him in a ​Juventus shirt in response to the initial links.

The versatile Uruguayan international, who can play as a central defender or on either flank, has had a storied career, turning out for Villarreal, ​Barcelona, Sevilla, Southampton and Hellas Verona among others. 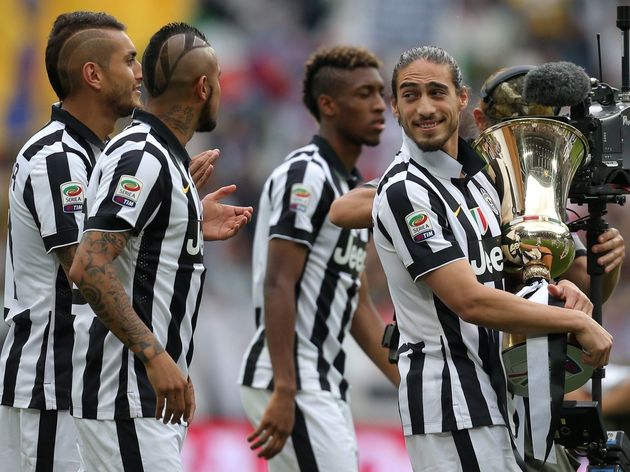 But his most successful spell undoubtedly came with the ​Serie A leaders, where he won five consecutive league titles and two Coppa Italias. He is also a Champions League winner from his time with La Blaugrana, though he played just three times in that run to the title, with all of his appearances limited to the group stage.

Both Mehdi Benatia and Andrea Barzagli are currently injured in the Juve rearguard, and the former has even been linked with a move away from the club. Caceres will thus likely operate as cover while those two recuperate, or even as a potential short-term replacement for the Moroccan if he should get transferred in January.