Liverpool are considering a move for Chelsea winger Callum Hudson-Odoi and have even met with the player's representatives as they look to talk the England Under-19 international out of a move to Bayern Munich.

It's been heavily speculated that Hudson-Odoi would be moving to Bavaria in January after the Bundesliga side submitted three bids - the biggest matching Chelsea's £35m asking price - and the teenager himself stressed his desire to move to abroad. 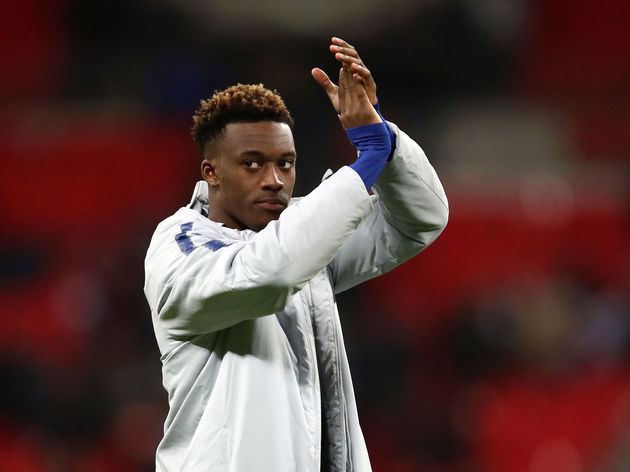 German publication Sport Bild, however, report that Liverpoolare looking to hijack the deal, and met with Hudson-Odoi and his agent earlier in the January transfer window.

Hudson-Odoi also has received an offer from RB Leipzig, although it's claimed that the Red Bull-backed side won't be able to match Bayern Munichor Liverpool in terms of finances.

The irony of Liverpool's meetings with Hudson-Odoi earlier this month won't be lost on Bayern Munich fans. Both sides meet each other in the Champions League knockout stages, while the reigning German champions also risk losing out on a young talent to former Borussia Dortmund manager

Our Story: Liverpool talked with Hudson-Odoi because of a Transfer @LFC @ChelseaFC @FCBayern @SPORTBILD

Hudson-Odoi's substitute appearance against Arsenal last weekend was his third Premier League run out of the season, taking his tally with Chelsea's first team to 14 across all competitions.