Real Madrid are considering a new tactic in their pursuit of Tottenham star Christian Eriksen: including James Rodriguez in a part-exchange deal for the Dane. 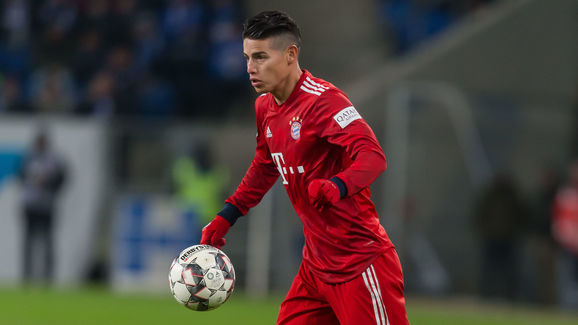 He flitted in and out of the team before suffering a knee ligament injury in November, and it cannot be ignored that ​Bayern's form improved significantly in his absence. He made his return from the bench against Hoffenheim last Friday.​

​AS reports that Rodriguez could yet end up being recalled to ​Real Madrid and used as a bargaining chip to bring down Eriksen's price. ​Tottenham chairman Daniel Levy is a notoriously tough negotiator and has rebuffed Real's approaches thus far.

With 62 goals and 79 assists for Tottenham, Eriksen has been one of the Premier League's most consistent attacking talents since signing from Ajax in 2013, and that sort of creativity would be invaluable to a team lacking it since Cristiano Ronaldo left.

​Rodriguez has also been linked to a number of other clubs across Europe, including ​Arsenal. Unai Emery is known to be a huge admirer of the Colombian, but the Gunners have limited resources compared to some of their rivals.

​Juventus, whose talisman Ronaldo played with Rodriguez at Real Madrid, and ​Napoli, whose manager Carlo Ancelotti was the boss at the Bernabeu when Rodriguez arrived in 2014, have also been mentioned as potential destinations.

Having previously lost star players like Luka Modric and Gareth Bale to Real Madrid, Tottenham may be reluctant to negotiate with the European champions at any price.