​A handful of players have come out against the sacking of Australia women’s coach Alen Stajcic, following his controversial dismissal.

The Matildas’ boss was sacked last Saturday, less than five months before this summer's Women’s World Cup in France. Stajcic had been in charge of the national team since 2014, thereby ending a five-year tenure.

FFA confirms that it has today terminated the employment of Westfield Matildas Head Coach Alen Stajcic.

Reports of his sacking emerged earlier this week, with the Football Federation Australia (FFA) announcing their decision in the early hours of Saturday via a statement on their website.

In the statement they said: “The (FFA) confirms that it has today terminated the employment of Westfield Matildas Head Coach Alen Stajcic.” CEO David Gallop added that they “no longer have confidence that Alen is the right person to lead the team and staff.”

The FFA said there were a number of surveys to evaluate the environment of the national team, concluding that it was “unsatisfactory” and that “a change in leadership is required to improve the culture and provide every opportunity for the team to perform to its full potential.” 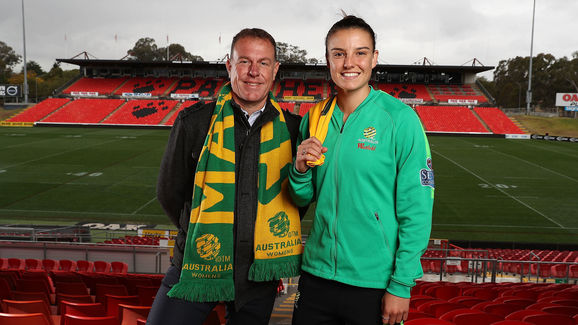 Despite comments on disharmony within the squad, many players reacted with sympathy of Stajcic’s dismissal. Many players took to Twitter to give their thoughts on the situation, including forward Sam Kerr and midfielder Elise Kellond-Knight.

Kerr slammed reports that she had been ‘gagged’ by the FFA as she thanked Stajcic on social media, while Kellond-Knight explained how difficult the situation was and showed her respects to her former manager.

Midfielder Tameka Butt added: “Yesterdays news was totally unexpected. Staj has done so much for women’s football, which we thank him for. All we can do now is band together and do our absolute best in France!”

I have not been gagged by the FFA. I have not commented because I wasn’t ready to comment while I am still shocked and upset. My trust was in Staj to lead us to the World Cup final & I believe he was the best coach for that. Thankful for everything his done for me and the team.

Today our world turned upside down. Although we aren’t privy to the finer details of Staj’s dismissal, I respect him as a coach and what he has done for the group thus far. It’s a difficult time for everyone involved and I’m hoping for a quick resolution 

Australia will travel to France for this summer’s World Cup under an interim manager, and the FFA say that they have begun the process of finding Stajcic’s successor.

The Matildas will be aiming to at least reach the semi-finals for the first time in their history, having been knocked out in the quarter-finals on the last three occasions.