AC Milan have agreed a deal with Serie A rivals Genoa to sign highly-rated forward Krzysztof Piatek for €35m, and will now allow Gonzalo Higuaín to complete his much-anticipated move to Chelsea.

The Poland international has been in imperious form this season at the Stadio Luigi Ferraris, scoring 13 times in the league since his summer arrival from KS Cracovia. 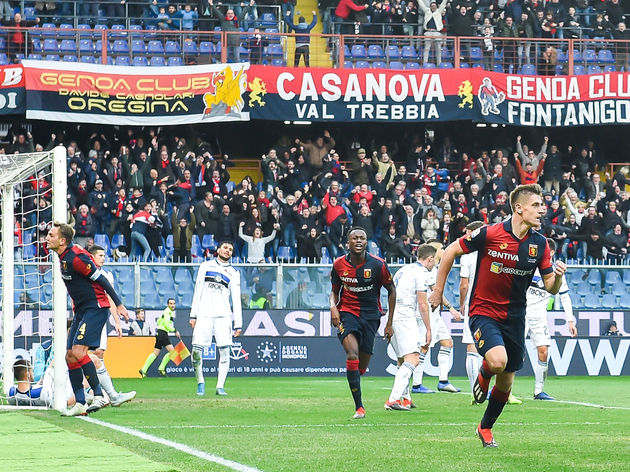 ​The Guardian report that Piatek will sign a five-year deal with the Rossoneri, with the 23-year-old's arrival at San Siro expected to allow Argentina striker ​Gonzalo Higuaín to complete his move to Stamford Bridge later this week.

The 31-year-old was left out of the squad to face Genoa on Monday due to not being 'mentally ready', with Milan boss Gennaro Gattuso revealing that Higuaín had produced 'one of the worst training sessions' he had seen, and had made his decision to drop him after that.

Both Milan and Genoa are expected to finalise the formalities of Piatek's move on Tuesday, with Higuaín on course to have his medical at Chelsea early this week ahead of sealing his move to Maurizio Sarri's side.

3.74 - Krzysztof #Piatek has scored 13 goals in Serie A this season with an Expected Goals of 9.26 (+3.74 difference), the highest positive difference in the competition so far. Reliable. pic.twitter.com/f06HQraNg1

The arrival of the Argentine is understood to allow misfiring striker ​Alvaro Morata the chance to return to his native Spain, and join Diego Simeone's ​Atletico Madrid.

The 26-year-old has endured a difficult spell with the Blues since his arrival from Real Madrid in a £60m deal, but now looks on course to end his Premier League nightmare with a move back to Spain.