​Carlo Ancelotti has praised the quality of Napoli's performance after the Partenopei cut Juventus' lead at the top of Serie A to six points with a 2-1 win at home to Lazio.

Napoli went 2-0 up thanks to Jose Callejon's strike and a stunning Arkadiusz Milik free kick, before they were pegged back by Ciro Immobile's finessed finish. Lazio were unable to mount much of a fightback after they were reduced to ten men, when Francesco Acerbi was sent off for a late challenge on Callejon. Acerbi's red card, in his 149th consecutive Serie A appearance, means he will not break the 162-match milestone set by ​Inter legend Javier Zanetti. “We had moments of difficulty, some of which we could’ve dealt with better and there were some naïve errors, but overall there was a lot of quality. Milik scored a sensational free kick and hit the woodwork twice this evening.

“Milik is Milik! He can only improve by maintaining the consistency he has right now. He was out of action with injuries for two years, so we knew that we’d have to wait a while for him to find his form. 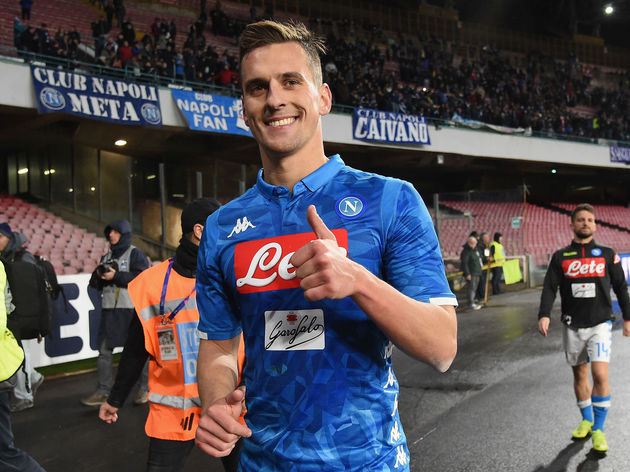 “We did a lot of work with him on fitness and physicality, putting more strength in his legs. When a player is out for two years, it is natural to need time to get used to the timing and movement again. We knew he would require patience".

Napoli will be handed a much needed boost of confidence after a hard-fought win before they face ​AC Milan in their next two fixtures, in the ​Serie A next Saturday, before a Coppa Italia tie on Tuesday, 29 January.