​West Ham manager Manuel Pellegrini has said that he is disappointed with his side’s result as the Irons lost 2-0 to Bournemouth on Saturday afternoon.

The Hammers fell to their first defeat of 2019 on the south coast, as goals from Callum Wilson and Joshua King secured victory for Bournemouth on a hard afternoon for the visitors. Speaking after the game, as quoted on the club’s official website, Pellegrini said: “Of course we are disappointed about the result. It was a very close game in the first 45 minutes, and in the second half we had a clear opportunity to score the first goal.”

After an uneventful first half, ​West Ham lost the game in the second half conceding twice. It was a frustrating afternoon for the Hammers, who mustered just one shot on target in the whole 90 minutes.

Pellegrini added: “We had a reaction, but we couldn’t score and if you can’t score you don’t win the game. We are disappointed about that because this was our opportunity to go to seventh in the table, but football is like that. “Maybe sometimes you play games in which you deserve a better result, but you don’t get it.”

With ​Marko Arnautovic left out of the squad amid a rumoured move to China, ​Andy Carroll got the nod to lead West Ham’s line. However the English forward had a game to forget, missing a huge chance from just a yard out.

Speaking about the Englishman, Pellegrini said: “Andy had a very clear chance, but he has had a long time without playing and it is not easy for a player to recover immediately. He is working hard and I’m sure that he will improve game-by-game.” 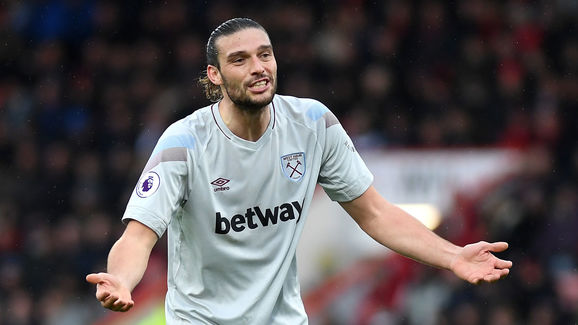 West Ham now shift their focus to next week’s FA Cup fourth round tie, where they face a trip to League One side AFC Wimbledon. Pellegrini added: “We will go game-by-game and now our mind must be on trying to qualify for the next stage of the FA Cup.”