​Liverpool and Chelsea are both keeping tabs on Lazio striker Ciro Immobile, according to a report in Italy.

The Reds will reportedly send scouts to watch 28-year-old Immobile when Lazio take on Napoli on Sunday.

The Italian has been in fine form for Lazio this season, scoring 10 goals in Serie A. The 28-year-old was the top scoring Italian player in 2018 (scoring 23 goals) and has carried his form into the new year. 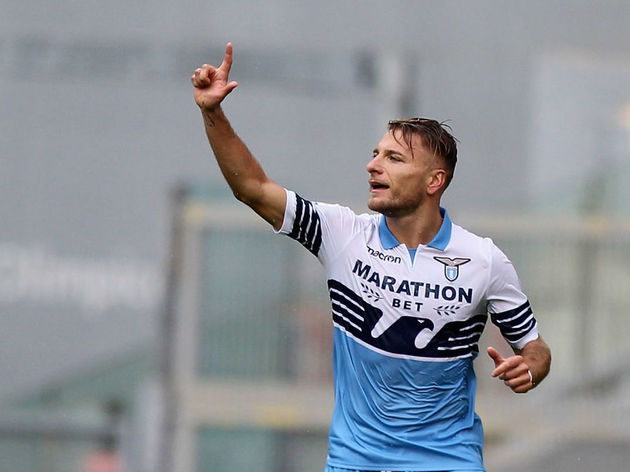 According to ​Il Messaggero , Immobile's form has led to interest from Premier League giants Liverpool and Chelsea. ​

However, any interest Chelsea's have likely hinges on whether or not they can complete a deal for ​Gonzalo Higuain, with ​the Argentine increasingly appearing set to reunite with Maurizio Sarri on a loan deal. ​

Liverpool and Lazio have previous when it comes to transfer dealings, as both Luis Alberto and Lucas Leiva have swapped Merseyside for Rome in recent years.

However, Immobile hasn't had a lot of success playing outside of Italy. The forward managed just 14 goals in 49 appearances for both​ Borussia Dortmund and Sevilla, prompting his move back to Italy in 2016. He has since rediscovered his for in a serious way, scoring 80 goals in 112 appearances for Lazio. While Liverpool are highly unlikely to make any major signings in January, Immobile could be seen as a summer alternative to their deadly front three, with ​Divock Origi and Daniel Sturridge surplus to requirements.

Immobile signed a contract extension with Lazio as recently as October last year, with his current deal running until 2023.