Everton beat Bournemouth 2-0 in the Premier League on Sunday afternoon, as the Toffees edged past the visitors in a nervy encounter at Goodison Park.

After a fiercely contested first half in which both sides struck the post, the Toffees took the lead midway through the second, with Kurt Zouma rising majestically to nod home his first goal for the club.

As the rain hammered down during the latter stages of the match, substitute Dominic Calvert-Lewin sealed the win in the dying seconds, after a nervy final few minutes.

Marco Silva is determined to play out from the back, a decision which is likely to cause a significant number of ​Everton fans cardiovascular problems throughout the campaign. Once again, the Toffees defence didn't look comfortable with this approach, as the ​Bournemouth high press saw them consistently give away possession in dangerous areas.

Here we are at Goodison. Everton trying to pass their way out from the back using two centre halves whose strengths do not relate to their passing abilities. Pickford also erratic.

Under Sam Allardyce, Everton fans were bored senseless by the disgraced former England manager's lumpen, meat and potatoes style of play, and Silva must be credited for livening Goodison Park up. However, attractive football comes at a price, and the Merseysiders' frantic defensive displays have, and will continue to, cost them precious points this season.

A clean sheet and a win, sure enough; but they certainly rode their luck throughout the ninety minutes. 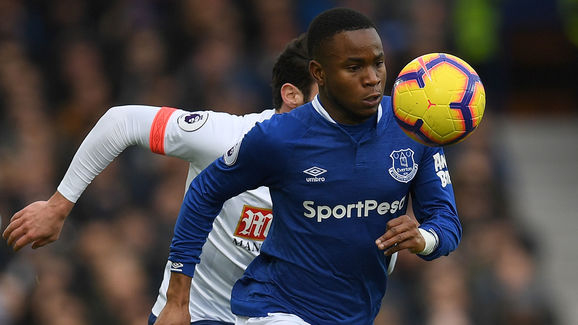 Toffees fans have been eager for Lookman to be given a chance this season, as the 21-year-old was restricted to cameo performances during the first half of the campaign. Silva's choice to start the youngster was a good call, as the winger caused Bournemouth real problems, as his precision passing picked holes in the Cherries' defence, eventually earning him an assist.

Desereved assist there for Ademola Lookman from a move that he started. Involved in winning the corner for the first goal too. All-round performance. Great to see.

Lookman is going to become a top class player imo

What a game lookman has had today!!!

Lookman has been the best player all match for @Everton. Good for him to get the assist! #EVEBOU

The Brazil international was moved from his wider position to lead the line for Everton, and put in a fairly underwhelming performance. He should have tucked away at least two golden opportunities, and served only to highlight the clubs' desperate need to sign a reliable centre forward at the nearest possible opportunity.

The Cherries travelling support have had a grim time of it of late, having failed to pick up a win since October. Things didn't get much better against the Toffees, as another chance to grab three points was squandered. Once again, Howe's side started brightly, before losing concentration and letting the game slip through their fingers.

Certainly, Bournemouth are much weaker side without Callum Wilson, and will be praying the England international is back from injury in the near future. With two home matches on the horizon, Howe will be glad of some respite from the road, as his side return to the comforts of their stomping ground. 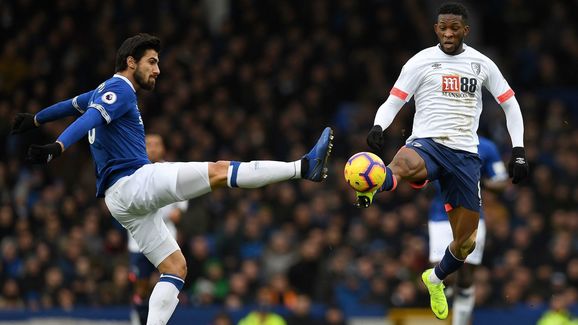 Given his penchant for picking up yellow cards, Jefferson Lerma is unlikely to be a Fantasy Football favourite. The Colombian midfielder was his usual combative self against the Toffees, but put in a blinder of a performance to justify the trademark, unrelentingly aggressive style of play.

Here's how his performance was rated on social media:

Fully grown on Lerma. Everything you want from your CM. Evades pressure and tackles well, risk-free decision making with a possible turnover in mind. Pundits should slowly start picking up on him.

Impressive that Jefferson lerma. I rate him me

Lerma is that hard 2 Everton players try to tackle him he floors them both.

Oh and how that isnt a 2nd yellow #AFCB

The Toffees will be hopeful that their win can be the catalyst for a solid run of form, as they looked to secure a Europa League qualification spot. They travel to Southampton next weekend, and will be hopeful of securing their first win at the St. Mary's Stadium since 2015.

The Cherries will look to bounce back next weekend, as they take on Manuel Pellegrini's West Ham United at the Vitality Stadium. Fresh off the back of a ​1-0 win over Arsenal, the Irons will be full of confidence heading into the game, and could prove a real handful for Howe's side