The Football Association has given former England Women manager Mark Sampson a large ​financial settlement, after a year-long controversy that saw him lose his job.

Sampson was sacked as England manager in 2017 due to "inappropriate and unacceptable" behaviour with female players at Bristol Academy, where he spent four years before taking over as the Lionesses manager. Sampson brought an unfair dismissal case against the FA, which was resolved in court earlier this week with a settlement. The FA said that the payment will “bring the dispute to an agreed close”, a year-and-a-half after Sampson’s dismissal.

A spokesperson for the FA said: “We can confirm a confidential settlement has been entered into between the FA and Mark Sampson to bring the dispute around the termination of his employment to an agreed close.”

After leaving Bristol Academy in 2013, Sampson spent four years in charge of the England national team. He subsequently guided them to a third-place finish at the 2015 Women’s World Cup in Canada; the Lionesses’ best ever result. 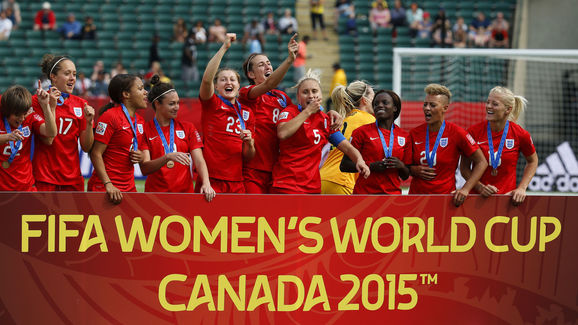 His sacking in 2017 came off the back of the allegations at Bristol Academy – now renamed Bristol City Women - and alleged racism against players such as striker Eniola Aluko, who accused him of racist behaviour and remarks against her.

Since being sacked as England manager, Sampson has not returned to management. In 2018 the FA brought in Sampson’s replacement, recruiting former England international Phil Neville as the new manager. Four years on, England will be looking to build on from their success in Canada. With Neville appointed, the Lionesses will begin preparations for this year’s edition of the Women’s World Cup, which will be held in France this summer.