​Chelsea manager Maurizio Sarri is reportedly prepared to cough up £50m for Bournemouth's Callum Wilson, should the club fail to land his first choice in Gonzalo Higuain.

The Blues have been heavily linked with a move for a striker this month, as the goalscoring woes of Alvaro Morata and Olivier Giroud have led to the former Napoli boss using Eden Hazard as a centre forward. 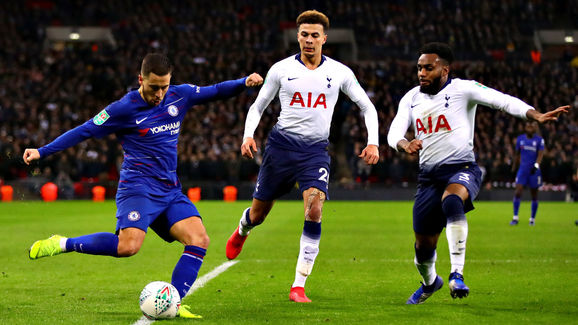 Wilson and Higuain have both been talked about as potential solutions, and an update from ​Sky Sports on Thursday suggests the Stamford Bridge side are prepared to go in decisively with a move for the ​Bournemouth forward.

Having scored nine ​Premier League goals so far this season - more than both of the ​Chelsea strikers combined in the competition - the 26-year-old has reportedly done enough to convince the club's hierarchy that he is a viable option, and they are prepared to pay a fee in the region of £50m for his services should Bournemouth demand it.

Was suggested to me today that if Chelsea want Callum Wilson they'll have to pay upwards of £50m... Possibly even up to £70m!

As far as Sarri is concerned, however, Wilson is a firm 'plan B' to Higuain, who he remains determined to sign despite rumblings of concern from the Chelsea board surrounding the move.

Italian journalist Gianluca Di Marzio claims that the board are 'sceptical' about the investment in the 31-year-old, and they may consider Wilson to be a more viable option as he is significantly younger and would occupy a home-grown registration slot for European competition - something that may be crucial should Callum Hudson-Odoi complete his ​move to Bayern.

There is no confirmation on MARCA's story regarding Higuain. Sarri wants him, but the Chelsea management are sceptical about this investment. Milan does not want to part ways with Higuian, as he is at the centre of the project. [@DiMarzio] pic.twitter.com/V11ZsFR8jl