​Manchester United appear to have failed in a bid to sign highly-rated midfielder Nicolo Barella, as reports from Italy suggest Cagliari have rejected a £30m 'take it or leave it' offer from the Red Devils.

The 21-year-old was heavily linked with United throughout 2018, with rumours seemingly enduring Jose Mourinho's sacking last month, as they re-emerged upon the opening of the January transfer window a week ago. 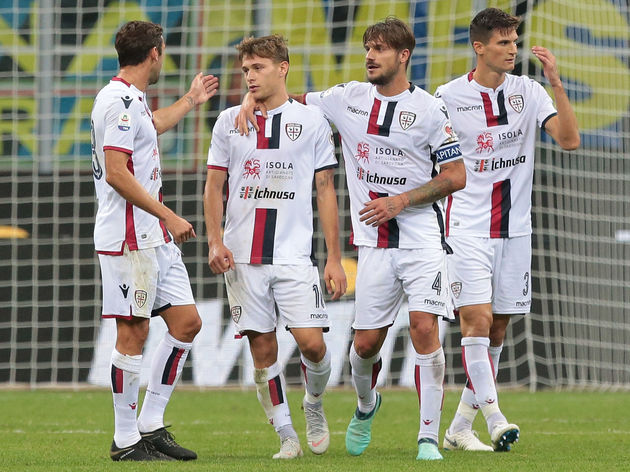 In perhaps the most definitive update to the story yet, Italian newspaper Corriere dello Sport (via ​Sport Witness) report that ​United made an offer for the player this week, bringing a £30m bid to the table for the central midfielder.

The non-negotiable nature of the bid, however, isn't thought to have landed too well with Cagliari chiefs, who want a fee in the region of

Nicolo Barella: Has made the most tackles of the 113 players aged 23 and under to have featured in Serie A this season (49)

At a glance, it's easy to see why the ​Serie A side are demanding such a lofty fee for the midfielder. At such a young age, he's already pushing 100 senior appearances, and has been a central part of the mid-table sides' season so far.

Largely playing in central midfield, while stepping into the number 10 role when required, he's missed just one match so far - due to suspension - and his performances have produced no shortage of flattering glances, with ​Chelsea and ​Spurs among others credited with an interest in recent weeks.

That being the case, it seems for now, at least, that United will have to up the ante if they are to add him to Ole Gunnar Solskjaer's evolving midfield this month.