​Bayern Munich are believed to be prepared to offer Chelsea's Callum Hudson-Odoi the number ten shirt next season, if the Blues starlet agrees to join the Bundesliga giants.

The 18-year-old has been relentlessly pursued by Die Roten during the early stages of the January transfer window, as they look to inject some young talent into their ageing side. Despite his tender years, Hudson-Odoi has enjoyed some game time for the Blues recently, and provided two assists in his side's 2-0 FA Cup win over Nottingham Forrest on Saturday.

“I asked for it well done, they gave me undercooked”#DISGUSTED裸 pic.twitter.com/BhERtzy0pA

According to the Sun, ​Bayern are eager to show Hudson-Odoi how highly they rate him, and are willing to hand him Arjen Robben's number ten shirt when the star's contract expires at the end of the season. Evidently, the Bavarian side believe they could have another Jadon Sancho on their hands, and will continue in their efforts to sign the teenager throughout January.

Hudson-Odoi's current deal expires at the end of next season, meaning that the ​Blues could lose him for a compensatory fee if he doesn't extend his deal at the club. With USA winger Christian Pulisic joining the club for a hefty £58m, it may be the case that Chelsea have already found a replacement, and could well sell their young talent in the current window. 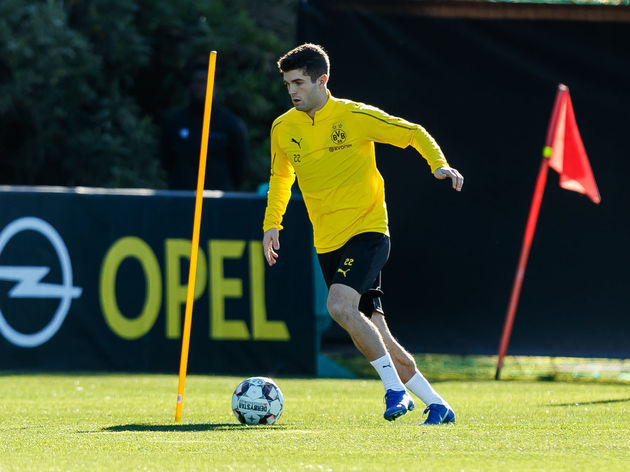 Given the club's recent history of prematurely selling players (Kevin de Bruyne, Romelu Lukaku, ​Mohamed Salah, etc.), Blues fans may be concerned by the prospect of losing yet another prospect well before their prime. Hudson-Odoi is clearly a player with huge potential, and his homegrown status makes him a particularly valuable asset in today's inflated market.

Meanwhile, Chelsea defender ​David Luiz claimed that he and his fellow teammates felt great sadness following Cesc Fàbregas' final appearance for the club on Saturday. The Premier League legend is set to leave the Blues in the current transfer window, and Luiz said the club would be losing a world class player upon his imminent departure.