The Football Association has warned Manchester City manager Pep Guardiola about his behaviour during his side's 2-1 win over Liverpool on Thursday night.

After feeling aggrieved referee Anthony Taylor had not awarded City a free kick, Guardiola threw his scarf to the ground and shouted at fourth official Martin Atkinson in protest. 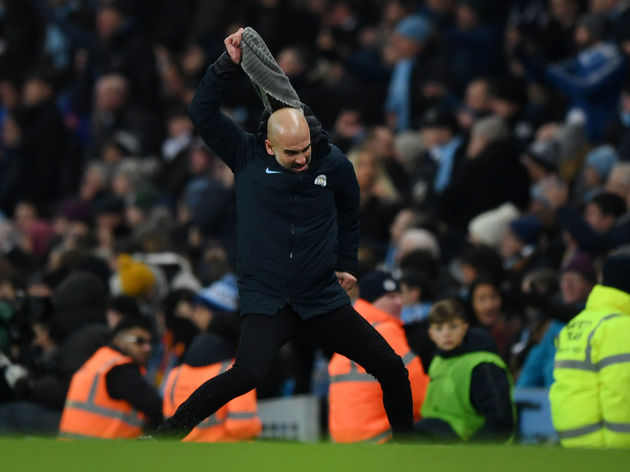 The FA's warning, as reported by ​BBC Sport, is Guardiola's first, with the misconduct guidelines outlining that an accumulation of four such warnings will result in a touchline ban.

The 'stage one' warning for his behaviour is the only repercussion Guardiola will face for his conduct during the game, with League One side Peterborough United's boss Steve Bans the only manager to have received a touchline ban so far this season.

Guardiola's side came out victors in an enthralling contest between the two title contenders thanks to goals from ​Sergio Aguero and Leroy Sane, with the win ending the Reds' unbeaten league start.

The win also sees City close the distance on ​Premier League leaders ​Liverpool, with the gap between the two sides now just at four points. With just a warning, Guardiola will be in the dugout once again for ​City's FA Cup third-round tie with Rotherham on Sunday afternoon at the Etihad Stadium, as they look to keep up a challenge on all four fronts this season.  ​