Wolves are keen on signing Chelsea loanee Tammy Abraham in an £18m permanent deal, but reports have suggested the Blues are unwilling to sell the forward.

The 21-year-old is currently on a season-long loan deal at Championship side Aston Villa, where he has scored 16 times since arriving at Villa Park in the summer.

The Mirror have reported that a deal with Wolves could rise to a potential £18m, but could also be negotiated as an initial loan. 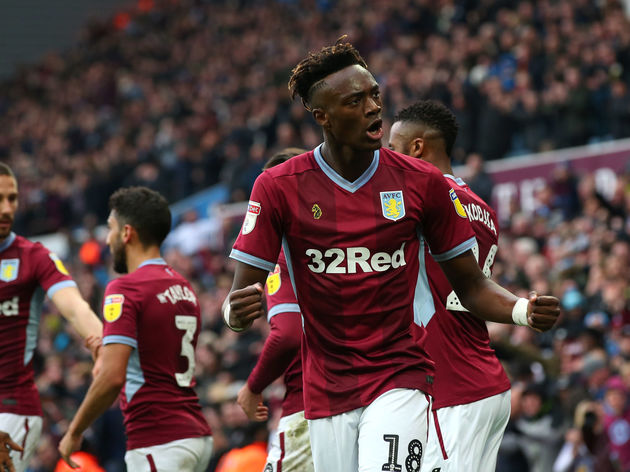 However, ​Sky Sports News have suggested that Abraham is 'not for sale' from Chelsea, amidst growing links with several ​Premier League clubs over a possible deal.

​The Telegraph adds that the Blues will need to make a concrete decision on Abraham's future by January 14, due to the recall option in his loan deal being triggered by a set date.

As per the agreement, Maurizio Sarri's side have the option of recalling the forward two weeks into the January transfer window, and ending the striker's stay early, would allow ​Chelsea to let Abraham leave on a permanent deal.

After reports emerged of Wolves' interest, journalist Matt Law ​tweeted: "​Chelsea have NOT accepted a bid from Wolves for Tammy Abraham.

"Together with the player they will assess whether or not he stays at Villa for the remainder of the season or goes elsewhere. No decision taken yet."

When asked about a possible move for the England international, Wolves boss Nuno Espirito Santo was decidedly coy.

Dean Smith on Tammy Abraham's future: "It's his choice if he wants to stay at #avfc or not. I've told him to go with his gut-feeling.' The interest from Wolves has turned his head. Decision expected to be made in the next few days. He won't be involved tomorrow.

He said, as quoted by ​Sky Sports News: "I cannot comment on that. I can comment on how we work and the transfer window is now. We anticipated it before.

"This squad will stay with us, the core is there, we have to know if we need anything."