​Newcastle boss Rafael Benitez has suggested that Kenedy will remain at St James' Park for the remainder of the season, despite rumours of interest from other clubs.

The Brazilian has found himself playing a bit-part role for the Magpies this season, often consigned to a role on the bench as Benitez searches for the formula that will keep his side out of the relegation zone.

In their most recent away outing, a ​1-1 draw away at ​Watford, the winger was omitted entirely from the matchday squad, sparking suggestions he could be headed for the Newcastle exit door. 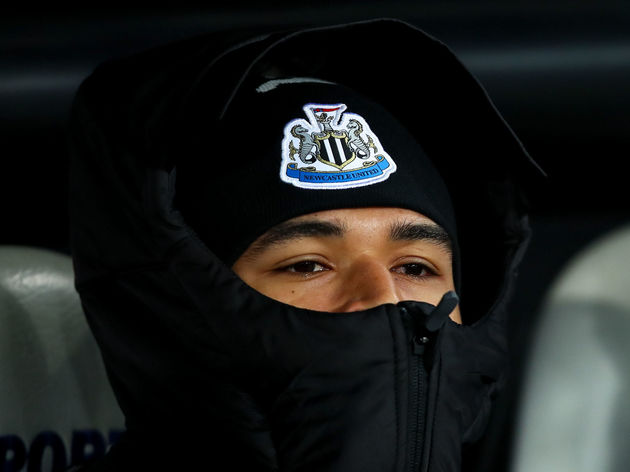 However, Benitez has seeked to quell such speculation, suggesting that the 22-year-old still has an important role to play on Tyneside.

“He can compete for a position, yes,” Benitez said, as quoted by the ​Daily Mail.

“I want to see the ​Kenedy we signed and did really well in the second part of the league. Hopefully he can do well.” In his original loan to the club from ​Chelsea, the winger scored two goals in 13 matches as the Magpies achieved a tenth place finish in the Premier League.

Such was his impact that season, Benitez saw fit to bring the player back to St James Park for a second loan spell at the beginning of this 2018/19 season.

However, with just one goal in the Premier League so far this term, as well as an opening day penalty miss against Cardiff, the ex-Fluminense star has fallen down the Magpies pecking order..

Benitez's recent comments will offer solace to the player as he looks for force his way back into a Newcastle side that slipped to 15th after their 2-0 home loss to ​Manchester United on Wednesday.