Watford striker Troy Deeney provided one of the interviews of the season following his side's 3-3 draw against Bournemouth, stunning fellow interviewee Ryan Fraser by claiming that match officials had "bottled it" on the south coast.

The England striker joined Bournemouth's Fraser after the match for media duties, and in a moment which has since gone viral on social media, the Watford star suggested that referee David Coote didn't give big decisions towards the end of the game. 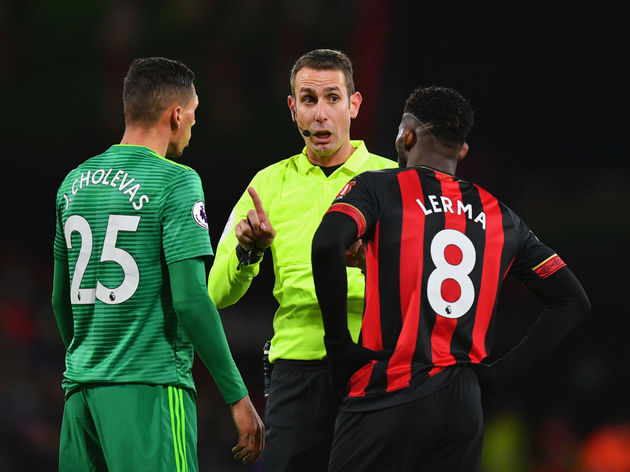 Perhaps the biggest talking point of the whole interview wasn't actually anything that Deeney said, but instead the reaction that Fraser had after hearing his colleague's comments about the match official.

"We'll both look at it as both teams should have had a player sent off, bad defending."

On the pitch, Watford and Bournemouth's high scoring draw was actually over and done with within the space of 26 first half minutes. Deeney put the visitors into a two-goal lead, his first coming just before the quarter of an hour mark. 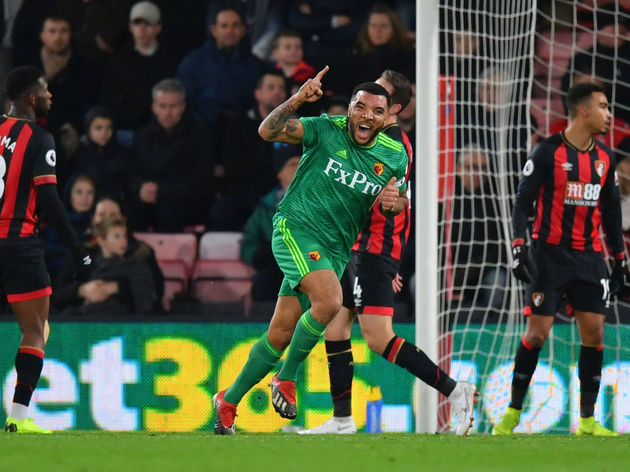 Nathan Aké and Callum Wilson hit straight back for the hosts, but within the blink of an eye Kem Sema restored Watford's lead on the south coast. Fraser netted what would prove to be the last goal of the game before half time, ensuring the points were shared on Wednesday.