West Ham came from two goals behind to salvage a point in their opening Premier League fixture of 2019, after drawing 2-2 with Brighton at the London Stadium.

Dale Stephens opened the scoring in the 56th minute after the hosts failed to deal with a corner, before Shane Duffy capitalised on another defensive mishap to double the lead, two minutes later.

Arnie scores 2️⃣ goals in 2️⃣ minutes as we come back to take a point against Brighton.#WHUBHA #COYI pic.twitter.com/md95JxAJDR

West Ham didn't get off to the best of starts, but were patient on the ball with The ​Hammers started the second-half in the ascendancy and upped the intensity. Yet, for all their attacking intent, they were were caught napping at the back from two corners and were duly punished by their opponents.

Manager Manuel Pellegrini made two changes after going 2-0 down and brought on Mark Noble and Michail Antonio and both made an instant impact. The former's cross-field pass found 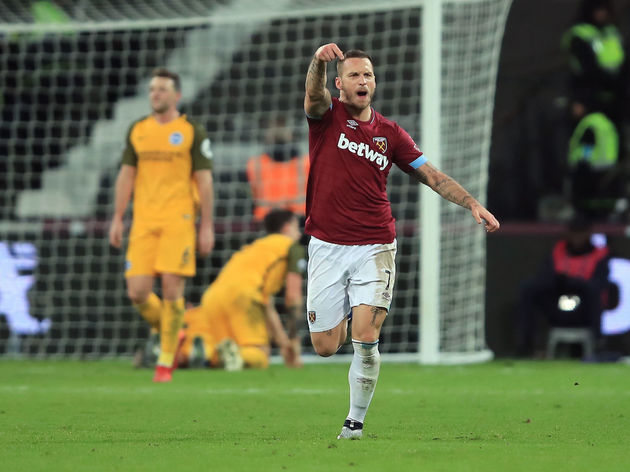 He also made a terrific run to latch onto Noble's pass and then showed great strength to hold off Duffy before slotting home with a composed finish. He then showed great awareness to drive into the area and receive the ball from Antonio before finishing with aplomb to level the scores.

Carroll really didn't have any kind of contribution to the Hammers' performance tonight. He may have been a presence from set-pieces, but after he picked up a knock, he wasn't able to get on the ball very often. The style of football his side played in the first-half didn't suit his approach, which ironically became more of a feature as the Hammers looked to get back into the game.

The ​Seagulls soaked up the early pressure from the east London side in the initial moments of the second period, but were clinical down the other end and capitalised from two corners through Stephens and then Duffy.

However, from a position of control, the away side threw it all away as a result of some poor defending. They were caught out by a hopeful cross-field pass by Noble and then failed to deal with the pace of Antonio, who managed to get to the byline with ease and tee-up

For the most part, Duffy looked assured defensively and managed to cope with most of the Hammers' threat. He was a constant nuisance in the opposition's penalty-area, winning the first header on a few occasions in the first-half, before creeping in at the back-post to slot home Brighton's second of the night. 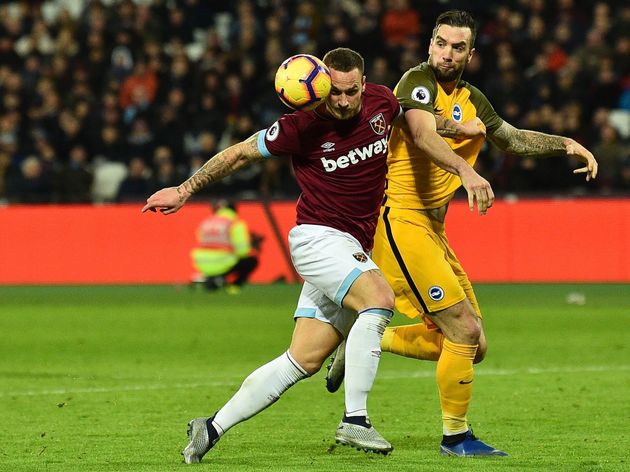 Glenn Murray may have netted six times previously against the Irons, but he hardly got a sight of goal during the match. He was isolated several times against West Ham's defenders and was deprived of service. He didn't affect the game and was replaced late on.

West Ham welcome ​Birmingham to the London Stadium on Saturday in the FA Cup, before returning to league action with a London derby against fifth-placed ​Arsenal at home.

Meanwhile, Brighton travel to ​Bournemouth in the FA Cup on Saturday, before hosting league leaders ​Liverpool the following weekend.