Ramsey saw Arsenal withdraw a final contract offer earlier this season after months of negotiations failed to yield an agreement over an extension to his decade-long stay in north London. 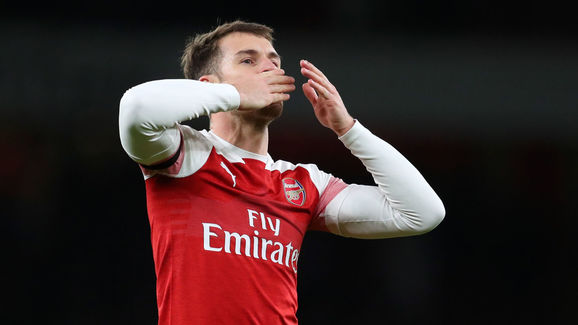 The Welsh international is therefore expected to leave the Emirates Stadium, with European giants Juventus, Bayern Munich and Paris Saint-Germain the three clubs most heavily linked.

Paratici has now admitted that Juve, who previously signed German midfielder Emre Can on a free transfer from Liverpool in July, are monitoring Ramsey, although he unsurprisingly refused to offer any concrete information on a possible approach.

"Yes, we are interested in Aaron Ramsey, he's a great midfielder. But at the moment he’s an Arsenal player, we'll see..." the Turin official is quoted as saying.

Bayern were considered favourites to land the 28-year-old at one stage earlier this season, while there was speculation in December of an 18-month contract offer coming from Paris Saint-Germain ahead of a potential January move to France.

As 2018 became 2019, a report from BBC Sport claimed that Ramsey has also held talks with Real Madrid and Inter in addition to Juve, Bayern and PSG. That report noted that a mid-season exit is unlikely as Arsenal apparently see the player as being more valuable to the team's fortunes over the remainder of the campaign than any money they would receive as a transfer fee at this stage. It is suggested that only an offer of £40m or more would tempt them to sell, a price none of the rumoured suitors would be willing to pay.