Ahead of Barcelona'supcoming La Liga match against Getafe, Valverde claimed that his star player's biggest asset is his "Messi

"What he does is not only difficult, but he does it again and again ... That takes enormous mental strength. I have never known anyone with such an amazing competitive spirit."

Messi is the best player in history and if he wants Valverde to stay then he should. The players know what's best for them.

Praise between both Messi and Valverde isn't one-sided either. Recently, Barcelona's captain made his stance that he wants the Spaniard to stay at the clubclear to the hierarchy at the Camp Nou.

That's not only due to their relationship, however, as it is claimed that Messi was taken by surprise with how well Valverde reads the game. 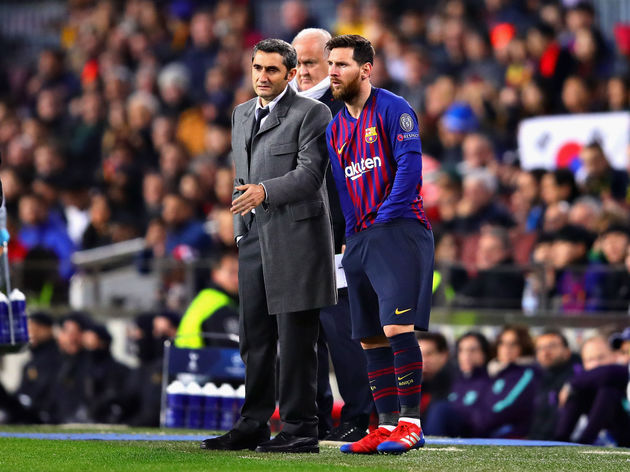 As things stand, Barcelona are on course to retain their league title this season. However, they are only three points clear of Atlético MadridReal Madrid

Who Is Tomáš Souček? All You Need to Know About West Ham's New Central MidfielderWest Ham Confirm Signing of Slavia Praha Captain Tomáš Souček on Loan With Option to BuyThe Shirt Number Bruno Fernandes Could Wear for Manchester United