​Tottenham cruised to victory on the first day of 2019 at the Cardiff City stadium, with a highly comfortable 3-0 win returning them to winning ways following the 3-1 home defeat to Wolves over the weekend.

After that ignominious loss, a fast start was required, and that was exactly what they got when ​Harry Kane bundled in the opener inside four minutes. Up against an unusually disjointed Cardiff side, it didn't take long for the visitors to double their lead, when Christian Eriksen was afforded far too much time and space on the edge of the area to silkily score. It took them just another 14 minutes to find the third, with Son Heung-min getting in on the act after further calamitous defending from the Bluebirds.

The win puts Spurs momentarily back into second place ahead of the crunch clash between Manchester City and Liverpool on Thursday, and perhaps even resurrects that ill-fated title challenge of last week.

It was always going to be tough for Neil Warnock's side to contain a Spurs side seeking a return to form, but the ease at which they did will surely worry the 70-year-old.

All of Cardiff's signature solidity and emboldened defending went out the window, as all 11 players set about the pitch like a group of (hungover) headless chickens. While ultimately it will not be these kinds of games that settle their final position come the end of the season, Warnock will be furious (as we know he can be) with the way in which his side yielded so passively. 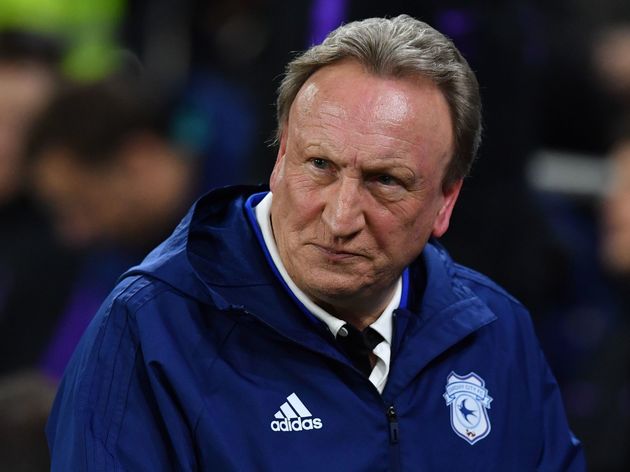 With seven points from five December games, the festive period had proved furtive for the Bluebirds, but more than a few resolutions will need to be cast if they are to recover from this veritable trouncing.

STAR MAN - Unfortunately, for both me and ​Cardiff, both of their brightest sparks were off within 60 minutes. First, Josh Murphy was hauled off at half time in an apparent tactical tweak, despite looking the likeliest to provide his side with some impetus. Then, Victor Camarasa was forced to depart through injury. Fortunately, Cardiff's everlasting performer was there to take the mantle - Neil Etheridge. The cowardly international-duty-dodger was his usual noble self in defeat, pulling off some impressive stops, particularly in an otherwise pedestrian second half.

WORST PLAYER - Greg Cunningham. Again, unfortunately, though just for Cunningham this time, the Irish left back was woefully inept in thwarting Tottenham. He felt at fault in some way or another for every score, even if he wasn't always directly involved.

Cunningham has had a mare of a half.
Cardiff need a new LB.

Terrible, terrible day at the office.

Today's game was all about exercising some demons following the embarrassment of Saturday, and ​Spurs certainly went about it with aplomb in the Welsh capital. While this period is all about results, Mauricio Pochettino will be equally pleased with the ease and dominance of his side's performance. While many have paid their respects to Tottenham's short-lived title challenge, these three points will certainly not hurt their credentials, however worthy they turn out to be. It's all about keeping up the pressure, and they've done that today.

28 - Harry Kane has now scored against all 28 of the opponents he's faced in the Premier League, with this his first goal against Cardiff in his fourth appearance against them. Collection. pic.twitter.com/cEqxFXWkti

STAR MAN - Unsurprisingly, there are a host of nominees for this particular award. Kane was typically a focal point, Son was typically lively, even Sissoko was typically (well, at least for this season) imposing and composed. But, I'll give it to ​Christian Eriksen, for providing the game with its truest moment of quality.

The verve, cheek, technique and ability that he showed for that second goal - strewing Cardiff defenders all over the shop with a deft roll and stutter of his foot before dispatching it into the net via an underpass dissecting Sol Bamba's legs - was, quite simply, magical.

WORST PLAYER - Kieran Trippier. If Cardiff had any joy in this game, it was usually down the Englishman's flank. As alluded to in the below tweet, he was slow to close, frequently permitting balls into the box.

His descent from World Cup semi final grace continues to fall, though his defensive work has always been a bit questionable.

Having momentarily returned to second place with this victory, Spurs will now be keeping an even closer eye on the proceedings at the Etihad between City and Liverpool. But after Thursday night, their attentions will defer to domestic cup duties, with the FA Cup third round clash with Tranmere followed by their first leg of the EFL Cup semi final against Chelsea.

While Cardiff will also face Gillingham in the FA Cup, you can imagine their attentions will not be quite as diverted, with massive relegation tussles against Huddersfield and Newcastle coming up after in the league.