​Liverpool manager Jurgen Klopp has leapt to the defence of his talisman Mohamed Salah after the Egyptian was accused of diving to win a penalty against Arsenal on Saturday.

With Liverpool already 3-1 up, Salah went down in the box after several nibbles from Arsenal defender Sokratis Papastathopoulos. Referee Michael Oliver pointed to the spot and Salah converted. 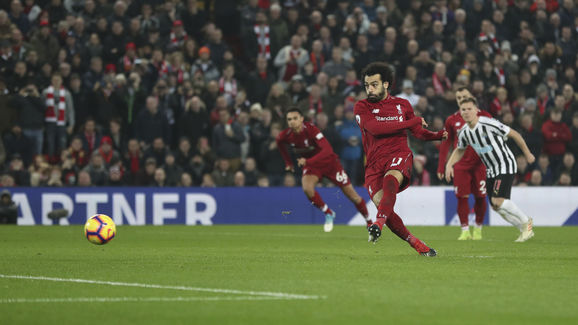 Sokratis was not happy at half time as he berated Salah for what he appeared to believe to be a dive. This was the second time in four days that Salah had been accused of going down too easily after winning a penalty under minimal contact from Newcastle's Paul Dummett on Boxing Day.

"In that moment, if you don’t touch Mo and he makes the next step and shoots – and we know he’s pretty good at that.

"I haven’t seen it back [with Sokratis] and I have no clue about what happened but the ref really was close to it. We don’t have divers and that was not a dive. The other one is not a dive. The ref decides it. In the three and a half years, we have had more penalties not given when they were penalties and you think, ‘hmph, hmph, hmph.’"

Salah's penalty against Newcastle was the first Liverpool have won and converted at Anfield in the Premier League since November 2016.