United won thanks to a brace from Pogba, as well as goals from Marcus Rashford and Romelu Lukaku. The result sees Solskjaer's side remain in sixth, now just three points off fifth placed Arsenal. 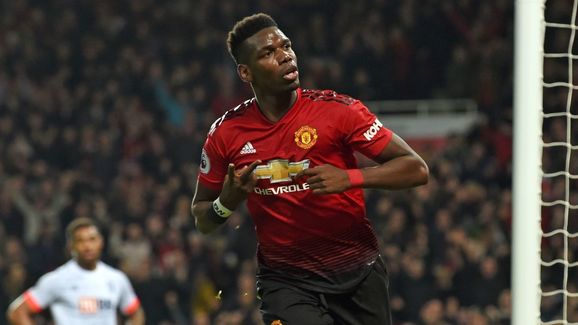 Speaking after the match, the club's interim manager singled out the Frenchman for specific praise after a man of the match performance. As quoted on the club’s official website, Solskjaer said: “That is a top, top performance from a midfielder because it was all round.

“His work rate, he was dangerous in the box, he won headers, he won tackles and there was no showboating. It was touch, pass and move. He played an efficient game.”

​Pogba has now scored braces in back to back games for the first time in his career, having scored twice in ​United’s 3-1 win over Huddersfield Town on Boxing Day. Solskjaer added: “Paul knows he is at his best when he plays that game, there is not much more he could have done. We want to see the best out of all the players, we want to see them enjoy themselves and express themselves.”

Sunday’s result means that Solskjaer has won three games out of three since arriving as caretaker manager less than two weeks ago. ​Manchester United have now scored 11 goals in three games, hitting four past ​Bournemouth.

Speaking about the result itself, Solskjaer said: “In the first half, you go out and attack the game with high tempo, high energy and winning the ball back, but the response to Bournemouth's goal was great.

“I thought the second half was excellent. We managed the game so much better than we did against Huddersfield for example.” Manchester United face a trip to St. James’ Park next to play ​Newcastle.