Bournemouth manager Eddie Howe said he was disappointed with his side’s result after they lost 3-1 to Manchester United on Sunday afternoon.

United prevailed thanks to goals from Paul Pogba, Marcus Rashford and Romelu Lukaku as they swept Bournemouth aside. The result sees the Cherries remain in 12th place, following back to back defeats.

He expressed his disappointment speaking in his post-match press conference. As quoted on the club’s official website, Howe said: “It's a tough day and a disappointing performance. Defensively we weren't great, with the ball we weren't great and that's a bad mix coming to Old Trafford.”

​Bournemouth failed to react to their Boxing Day defeat, where as they were ​smashed 5-0 by Tottenham at Wembley. They have now lost five away games in a row, last winning on the road in ​a 3-0 win at Fulham on 27 October.

Speaking about their recent fixtures, Howe said: “We've been through a tough period, the fixture list has been extremely unkind to us. We've had a real run of successive games and the injury situation is very difficult as we have stretched resources.” 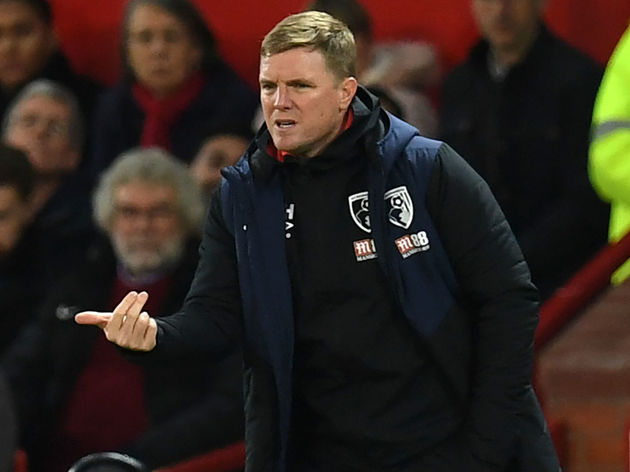 Bournemouth are plagued with injury problems, as they travelled to Old Trafford with the only 18 first-team players who were available. Howe addressed these concerns by adding: “Those injuries maybe meant that I had to play a system I wouldn't have played ideally.”

Injuries include Ryan Gosling and Adam Smith, who are both out with knee injuries. However club captain Simon Francis and midfielder Lewis Cook are both out for the rest of the season after picking up ACL injuries.

Nathan Aké has joined the list after picking up a knock at Old Trafford, and when asked about him Howe said: “I don't know the latest on Nathan Aké, I'll need to speak to him and the medical team but it looked like a hamstring complaint.” Bournemouth are back at the Vitality Stadium next Wednesday, ​when they host ​Watfordin their first Premier League match of 2019. They then begin their FA Cup campaign, hosting ​Brighton next Saturday.