Tottenham's title aspirations were dealt a major blow after they slipped to a shock 3-1 defeat to Wolves at Wembley on Saturday afternoon.

Spurs were in control during the opening exchanges and they took the lead in spectacular style midway through the first-half. Harry Kane jinked his way past Willy Boly on the edge of the 18-yard box before unleashing a curling effort into the top corner, away from the despairing Rui Patricio in the Wolves goal. Despite continuing to dominate possession for the remainder of the opening 45 minutes, Spurs weren't able to fashion any more clear chances on goal and were forced to go in at the interval one goal to the good.

Wolves improved greatly in the second-half and, after pressure began to grow on the Tottenham goal, Boly managed to find an equaliser for the visitors with 20 minutes left on the clock. The Frenchman rose highest to nod home an emphatic header from a Wolves corner, providing Spurs with serious cause for concern. 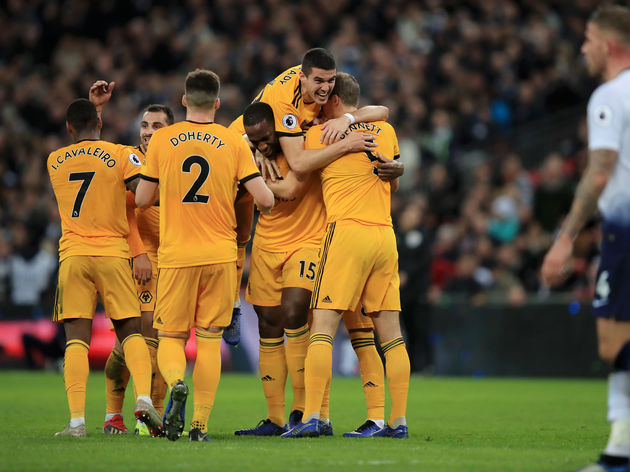 Things went from bad to worse for Spurs when Raul Jimenez put Wolves into the lead late on. He demonstrated some decent footwork in the box before catching Hugo Lloris out with a snap shot that trickled into the bottom right hand corner.

The game was wrapped up moments later when Helder Costa added a third goal. Wolves sprung a quick counter-attack after Tottenham committed plenty of bodies forward and the Portuguese was on hand to round off the move off with a composed finish.

That proved to be the final action of the game, with Tottenham handed their first league defeat since the start of December.

Whether or not Mauricio Pochettino chooses to believe it, ​Tottenham are in a decent position to challenge for the Premier League trophy and that means they are going to be put under some serious pressure between now and the end of the season. They've been in rampant form in recent weeks,

Catching Liverpool would seem to be an impossible task, and Pochettino will know deep down that his side can't afford to slip up again like they did today.

A tidy performance from ​Kane, with the obvious highlight being his outstanding opening goal in the first-half.

He worked incredibly hard to offer a different dynamic to Tottenham's attack, dropping deep to offer a passing option for the midfield whilst simultaneously freeing up space for Son Heung-Min behind the Wolves defence.

Love how Harry Kane MBE hasn't overengineered his shooting technique, with either foot. Just larrups it.

Sissoko has enjoyed somewhat of a revival for Tottenham this season, but he wasn't at his best this time around and often found himself struggling to keep pace with Wolves in the second-half.

​Wolves have put in some stellar performances against top six sides so far this season, so they would have presumably been full of confidence heading into this one. 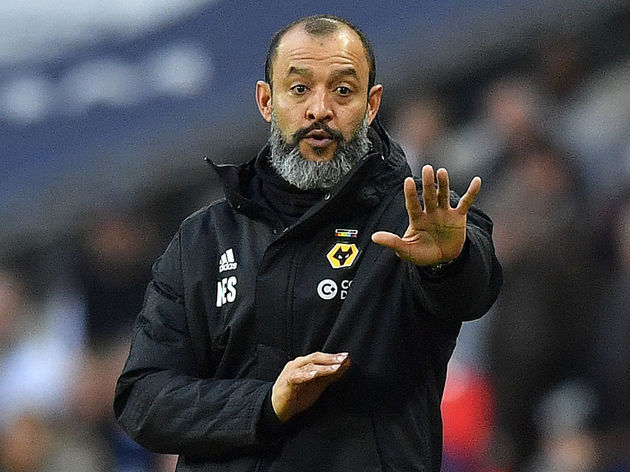 However, they were far from impressive in the first-half and almost seemed afraid of Tottenham after the recent drubbings Pochettino's men have been handing out to the rest of the league.

Jimenez is never going to be a prolific goalscorer, but what he does offer is plenty of grit and determination. In games like this, that can end up being the difference between winning and losing.

He worked tirelessly to stretch the Tottenham defence and didn't give up on a single 50/50 ball. He rounded off his afternoon with a fabulous finish, which should be enough to convince Wolves fans that he is capable of leading the line for the rest of the season.

Jiménez did Hugo Lloris like a big French kipper there. Very tidy indeed.

He passes Guillermo Franco and Carlos Vela for second-most by a Mexican international (Chicharito has 49).

Decent time for Jimenez to get his first goal away from Molineux. #WWFC

By no means a poor performance at all from Dendoncker, but Wolves did improve greatly when he was replaced by Joao Moutinho in the second-half. It was only his first Premier League start, so there is still plenty of room for growth for the Belgian.

Tottenham are back in action on New Years Day when they travel to face Cardiff City, whilst Wolves have an extra days rest, hosting Crystal Palace on Wednesday.