A late header from substitute Abdoulaye Doucoure was just about enough to earn the Hornets a 1-1 draw against Newcastle at Vicarage Road.

The home side began the better of the two teams with Gerard Deulofeu forcing a save from Martin Dubravka early on, however it was in fact the visitors who took the lead on the half hour mark against the run of play. Some great play from Christian Atsu got the ball rolling before Matt Ritchie put a very inviting cross into the penalty area, with Salomon Rondon rising highest and heading beyond Ben Foster into the back of the net to give ​Newcastle a 1-0 lead. The Venezuelan then thought he'd doubled his side's lead ten minutes later, however he was marginally denied by the offside flag.

​Watford came out for the second half in desperate search of an equalising goal, but struggled to break down a stern Newcastle defence who dealt with everything that was thrown at them, that was until substitute Abdoulaye Doucoure saved the day. 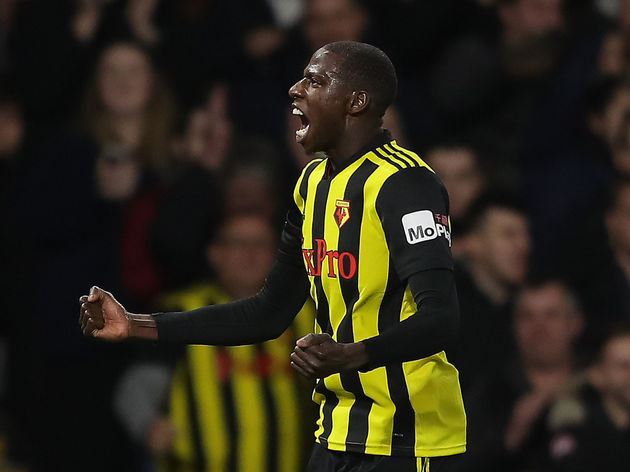 Deulofeu whipped a lovely ball into the penalty area, which Doucoure headed into the keeper's far corner to get the home side back on level terms with ten minutes remaining. Watford searched for a winning goal but couldn't find one and the points were shared.

Here's a breakdown of the afternoon's events.

After a disappointing defeat to ​Chelsea in the ​Premier League on Wednesday night, Javi Gracia made a host of changes to his side with this being their second of three games in a matter of eight days, and the changes backfired. On paper it looked a routine win for a Watford side challenging for a European place against a Newcastle side who hadn't scored in either of their two games prior to the clash. However, the hosts really struggled to find a way through the Magpies' defence.

Thankfully for them, substitute Doucoure was able to salvage a point for the hosts, although it was still a far from convincing performance from Gracia's men.

STAR MAN - He was the most threatening man on the pitch for the Hornets all afternoon, and Deulofeu certainly showed his quality on the day. He would've been left frustrated having had a golden opportunity saved from close range in the first half, but he was still to have an impact on the game.

Deulofeu is slightly under the radar. Decisive player.

With his side in need of some inspiration, he put a very inviting ball into the box to assist Doucoure in scoring Watford's equaliser, and he'll certainly be happy with his performance on the day.

WORST PLAYER - With Gracia rotating his side for the game, Will Hughes got his chance to impress in the midfield having missed three weeks nursing an injury, however he couldn't take advantage of the opportunity.

He was very quiet in the midfield and failed to assert himself on the game as he was overshadowed by his teammates. With his side 1-0 down he was sacrificed ten minutes into the second half, bringing his disappointing afternoon to an abrupt end.

Having taken the lead and held on for the vast majority of the game, Rafa Benitez and his Newcastle players will be left feeling heartbroken having conceded an equalising goal with just ten minutes remaining. Not many people would've given Newcastle a chance of winning the game going into the encounter, but after getting their noses in front they defended resolutely and dealt with everything Watford threw at them.

Unfortunately it wasn't to be for them on the day, but Benitez and his men can certainly take a lot of positives forward as they head into a tough run of fixtures in quick succession.

STAR MAN - He was effective at both ends of the pitch and without Ritchie Newcastle may not have gotten anything from the game. He set up Rondon for the opening goal and proved to be a threat all afternoon down the left hand side.

​​He also provided some much needed defensive support when his side needed it and they'll certainly be thankful for his performance today as the Magpies came out with a hard-fought point.

WORST PLAYER - On a day where Newcastle defended resolutely, Ayoze Perez had a very quiet game in the attacking half of the pitch for Newcastle.

Once Rondon got Newcastle in front, it looked as though Newcastle were to settle for the one goal advantage and defend it, meaning Perez didn't have a sight at goal all game. He's been one of Newcastle's best players this season, but this will go down as an afternoon to forget for the Spaniard.

The draw may have spared Watford from suffering back-to-back defeats, however they now haven't won either of their last two games and they'll be desperate to get back to winning ways when they travel to the Vitality Stadium to face ​Bournemouth on Wednesday evening. As for Newcastle, they'll be disappointed not to have won the game but will still be happy with a point as they now prepare to host Manchester United at St James' Park on Wednesday night.​