Pep Guardiola's surprisingly out of form Manchester City take their stuttering title challenge down to the south coast on Sunday, as they take on Southampton at St Mary's in the hope of returning to winning ways.

After going unbeaten in their first 15 Premier League games, the Citizens have now lost three of their last four, which has seen them fall from top of the table – two points clear of Liverpool – to now trailing the Reds by seven points in the title race.

Southampton, on the other hand, have had somewhat of resurgence since sacking former manager Mark Hughes and appointing Austrian manager Ralph Hasenhuttl to the St Mary's hot seat. Hasenhuttl has won two of his four games in charge, which considering the Saints had only won one game in charge prior to his arrival, looks to be a positive sign in their fight for Premier League survival.

A trip to a ​Southampton side who are building in confidence under their new boss may not be the fixture that ​Manchester City would want currently, with pressure building, as anything other than a victory potentially making their attempts to retain the Premier League crown even more difficult, seeing them go to title favourites to outsiders within a month. 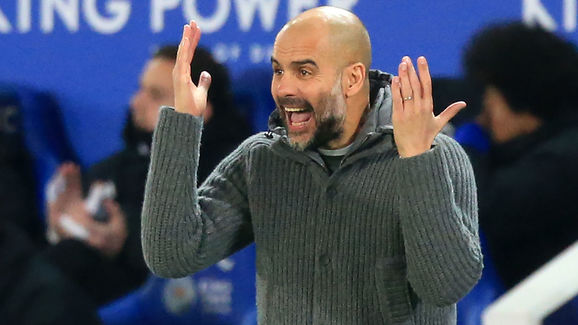 Southampton will see any points gained from this game as a positive as they look to continue to surge up the Premier League table.

Southampton full-backs Ryan Bertrand and Cedric Soares are both doubtful for Sunday's game, which could see Matt Targett continue against City.

Ralph Hasenhuttl will be boosted by the return of Danish midfielder Pierre-Emile Hojbjerg though, after he served a suspension against West Ham on Thursday night after amassing five yellow cards.

City will be without Fabian Delph after his straight 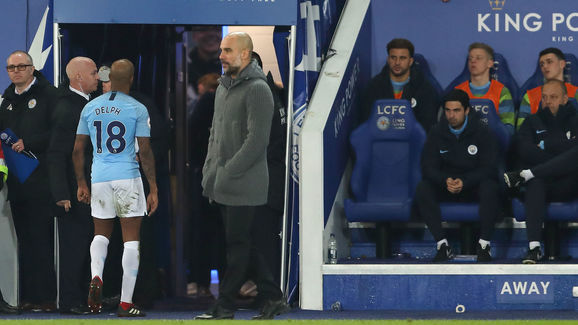 Manchester City captain Vincent Kompany remains a doubt after not even making the bench for their last three matches. Fernandinho has missed the last two outings with a thigh problem, and his return date is as yet unknown.

Manchester City are unbeaten in their last five matches against Southampton, including four wins in the last four games between the two sides.

During the reverse fixture this season, Manchester City handed the Saints a 6-1 drubbing at the Etihad in November. Hughes' side were outclassed by Guardiola's rampant team and found themselves 4-1 down at half time, before Raheem Sterling and Leroy Sane added to the score sheet to inflict further misery on the south coast side. 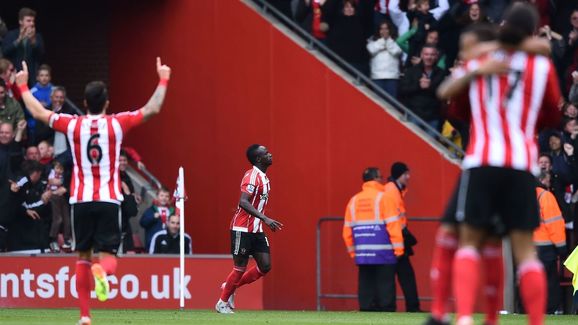 Southampton's last victory against Manchester City came at St Mary's, as a Sadio Mane hat trick inspired them to a 4-2 victory against a Manuel Pellegrini-managed City team in May 2016.

Southampton's recent form has seen them pull themselves out of the relegation zone, but they will need to continue to pick up points consistently in order to preserve their Premier League status.

The results have improved, but ultimately the improvement of the performances from the Saints will have filled the fans with optimism, as new manager Hasenhuttl has sculpted the team into a high pressing and counter attacking side, which has made Southampton look much more threatening when in possession of the ball. 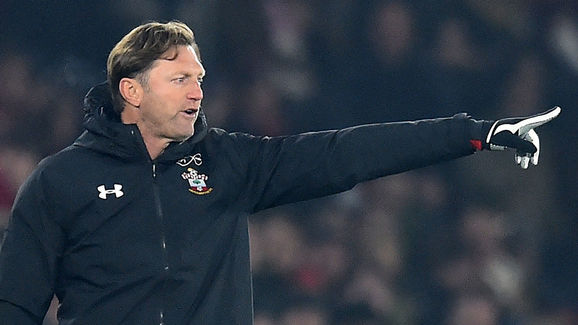 The most recent result against West Ham will have been a bit of a reality check though, especially with the 2-1 defeat coming at home where they will be wanting to improve their form, having only won a single home game in front of their fans this season.

Manchester City's once imperious form has faded of late. After fifteen games, it seemed as though it would be hard to stop Pep Guardiola's team from retaining their title.

Losing three of their last four Premier League games has put the Citizens on the back foot, as they are now playing catch-up with the teams above them, with them relying on Liverpool and now Tottenham slipping up in order to regain places in the table.

Prediction
This is a really tough one to call. How you see this game turning out depends on how severe you think City's mini-crisis is. City will like get themselves back on track, and will just edge this game against Southampton, but it will be a struggle. Ultimately, Manchester City's attacking talent will be what separates the two teams.
Prediction - Southampton 1-2 Manchester City
Related Topics:
Transfer News