​Manchester City are reportedly keen to sign an understudy to Fernandinho and have identified Chelsea's Cesc Fabregas and Atletico Madrid's Thomas Partey as their primary targets.

With 33-year-old Fernandinho unavailable for City's last two matches as a result of a thigh injury, Pep Guardiola's side have slumped to consecutive defeats. Both John Stones and Ilkay Gundogan have been used as defensive midfielders, but City have conceded five goals in just two matches without Fernandinho shielding the defence. News of ​City's interest in the two players comes from Duncan Castles and Ian McGarry, speaking on ​The Transfer Window podcast. After the last two games have highlighted City's need for an alternative to ​Fernandinho, Guardiola is said to be keen to bring in a replacement in January.

25-year-old Thomas has been a fringe player at ​Atletico this season, and recently told Gol (via ​AS) that he is struggling with his role. He said: “Sometimes I feel unhappy at Atletico.

"You have to play in the important games to feel happy, to feel stronger and more confident.”

However, as Thomas is under contract with the club until 2023, he may prove to be an expensive target. As a result, City could turn to ​​Chelsea's ​Fabregas, who has also struggled for regular game time this season.

The Spaniard, who will be out of contract at Stamford Bridge at the end of the season, has previously worked with Guardiola at ​Barcelona and would likely have no difficulties adapting to his style of play once again. 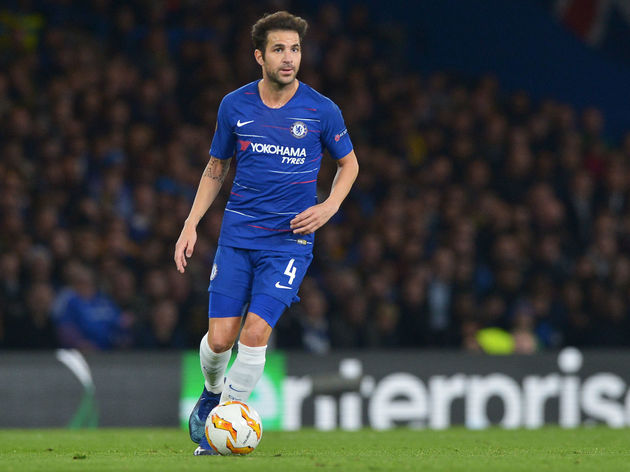 The Citizens are thought to be open to a permanent deal for Fabregas, but would also be willing to take the midfielder on loan. A temporary move for the 31-year-old could be a more feasible option for City, as ​The Times claim that Guardiola does not want to spend any money in the January transfer window.

Fabregas has made just five ​Premier League appearances this season, and has subsequently found himself heavily linked with an exit from the club. ​AC Milan, Monaco and Valencia are all thought to be keen on the midfielder, meaning City may face a battle to win the race for his signature.