Felipe Anderson's double saw West Ham come from a goal down to beat Southampton on Thursday in a match full of highly controversial moments.

​West Ham, with ten first team players out injured, had Lucas Perez up front and the striker spurned the Hammers' best chance of the half on 22 minutes. Aaron Cresswell was played in down the right by Felipe Anderson and his cross found Perez, but the Spaniard horribly scuffed his shot wide of the post. The visitors grew into the game after Perez's miss and began to dominate proceedings, seeing most of the ball and appearing the likeliest to take the lead before the break.

However, ​Southampton took the lead five minutes into the second half thanks to a hugely controversial goal by Nathan Redmond, as the winger appeared to punch the ball into the net after Fabianski had parried an Oriol Romeu shot.

West Ham were sparked into life soon after, and got the equaliser three minutes later with Anderson firing a brilliant shot that flew past Alex McCarthy's near post from 25 yards.

Felipe Anderson has scored as many PL goals (8) as all other Andersons put together (Man Utd's Brazilian 5, Viv 3, Stephan, Trond & Russell 0).

They took the lead their performance deserved soon after with a swift counter-attacking move on the hour mark. West Ham broke, with M

There was plenty of controversy surrounding the second half of Thursday's clash at St. Mary's, both for and against Southampton. Southampton were not at their glittering best, but Armstrong at least got himself about and closed down, having a few efforts at goal and beginning to show why Southampton wanted to prize the player away from Celtic.

The strength in depth of Manuel Pellegrini's side has been tested in recent weeks with West Ham's injury list into double figures during the busy Christmas schedule. That said ,their strong performance today will be hugely pleasing to the Chilean as his side performed valiantly without numerous key players.

9 - After just one goal in his opening 10 Premier League appearances, Felipe Anderson has scored seven goals in his last nine. Settled. pic.twitter.com/AivZryagh8

Felipe Anderson scored two more goals as he continues to shine in claret and blue, this despite having a poor first half. With players set to return for West Ham, the signs are positive going forward for the east London side.

It's almost unfathomable to think the West Ham youngster is only 19 years old as he glides around the pitch with the confidence and demeanour of a player ten years his senior. In his position in front of the Hammers' back four, he chased down Southampton players, intercepted passes and distributed the ball with precision and speed with both feet. 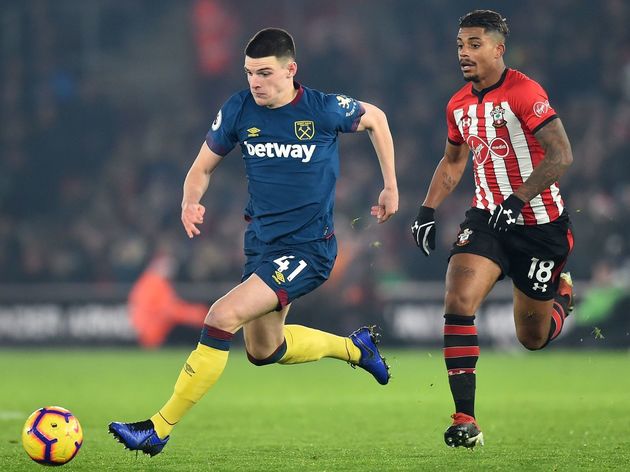 It comes as no surprise that he is currently caught up in a tug-of-war between England and Ireland over with nation to represent because he is, without question, a big, big talent.

Subbed on 54 minutes for Andy Carroll, the youngster failed to impose himself on the game despite West Ham's dominance in the first half. The academy product is still a bright prospect and has given a good account of himself during what has been a breakthrough season for the 20-year-old.

Southampton are at home again as they host champions Manchester City on Sunday looking to inflict a third straight league defeat on the Citizens.