Former Barcelona star Pedro was withdrawn just before half time during Chelsea’s 1-2 win away at Watford on Boxing Day, with the Spaniard seen to have suffered a hamstring injury. Hudson-Odoi was brought on as the winger’s replacement, but not did complete the match either.

Sarri says Callum Hudson-Odoi had a hamstring issue last week which flared up in the last 10 minutes and he felt a little pain, which is why he came off. That's all from the boss for now, there will be more online and on our app later. #WATCHE

The young English forward was also replaced five minutes before full time, despite only being brought on as a substitute himself, and Maurizio Sarri confirmed via ​Chelsea’s ​official Twitter account that Hudson-Odoi had suffered a hamstring injury. On ​Pedro, Sarri added via ​Ben Dinnery: “We don’t know how much Pedro is injured, we will evaluate tomorrow.

“That is the same problem with Hudson-Odoi. He had a little injury a few days ago, yesterday it was good and he managed 50-55 minutes. We thought it was better to substitute him.”

Sarri provides an update: "We don't know how much Pedro is injured, we will evaluate tomorrow. That is the same problem with Hudson-Odoi. He had a little injury a few days ago, yesterday it was good and he managed 50-55 minutes. We thought it was better to substitute him." #CFC

The two injuries leave Sarri with a shortage of attacking options ahead of Sunday’s trip to Selhurst Park. The Italian coach has generally opted to field star man ​Eden Hazard as a ‘false nine’ in the central position of Chelsea’s front three in recent weeks.

Willian and Pedro have been the favoured wing duo flanking Hazard in the Blues’ attacking trident, but with the Spaniard injured and young understudy Hudson-Odoi now injured, Sarri will likely be forced to re-think his attacking setup on Sunday.

Olivier Giroud and Alvaro Morata are the two obvious options to step into the fold, with each of Chelsea’s recognised centre forwards having been excluded from Sarri’s plans recently.

Though the Italian generally opts for the more mobile Hazard through the middle in Chelsea’s front line, Pedro’s absence will likely mean that the Belgian is forced to drift back out to his more natural left wing role. 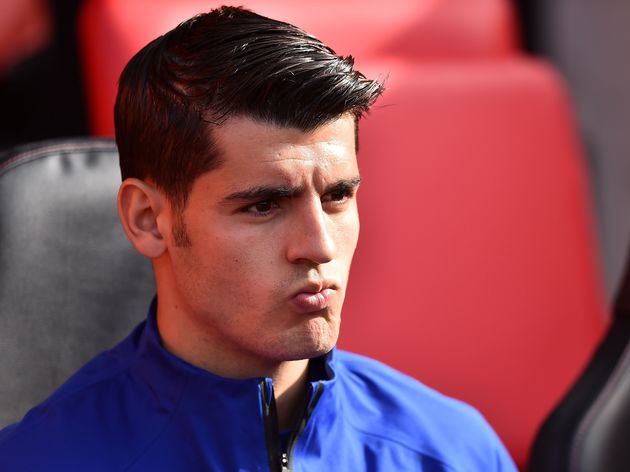 That would see Sarri needing to choose between unfancied duo Giroud and Morata to fill the central void in attack at Selhurst Park.