​Luciano Spalletti has condemned the alleged racist chanting aimed towards Napoli's Kalidou Koulibaly during the Nerazzurri's 1-0 victory on Boxing Day.

Inter won the game in dramatic fashion, finding a late winner through substitute Lautaro Martinez, but the game has been undermined by reports of racist abuse being directed towards Koulibaly from Inter supporters before he was sent off late in the second-half for two bookings in quick succession. 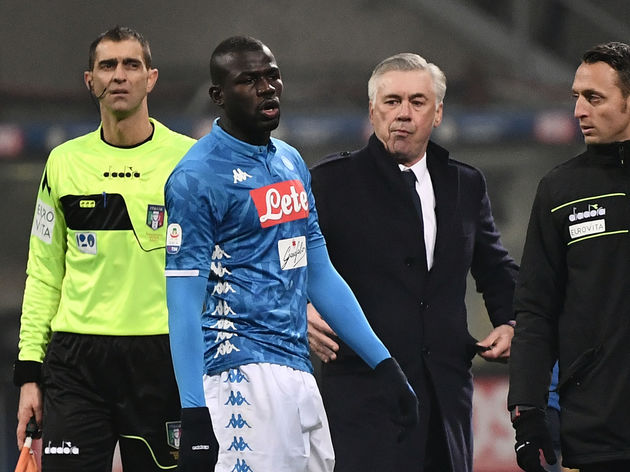 Spalletti suggested that urgent change is needed in Italian football saying, as per ​Goal: "Racist chanting should not be taking place.

"If 65,000 people come and watch the match on Christmas, they want to see something else. This is the football that Italians and the people around the world want to enjoy.

"People want to find football a pleasant place to be together, this is the change of mentality we have to make. This is the right thing to do because our objective is to bring our football up to the top in Europe."

Ancelotti says Napoli asked for the game to be suspended on 3 occasions for racist chanting aimed at Koulibaly. Speaker read out 3 warnings. Ancelotti bewildered why game wasn’t interrupted. Adds next time Napoli will stop playing even if it means they forfeit the game

As for the game itself, Spalletti was thrilled with the way his ​Inter side handled themselves, but he also admitted that the game could have easily gone the other way if ​Napoli had converted a golden opportunity just moments before Martinez' late winner.

"I saw a strong Inter tonight, from the beginning to the end," he said. "In many ways, we deserved to win, but we could've also lost if Asamoah hadn't made that block. 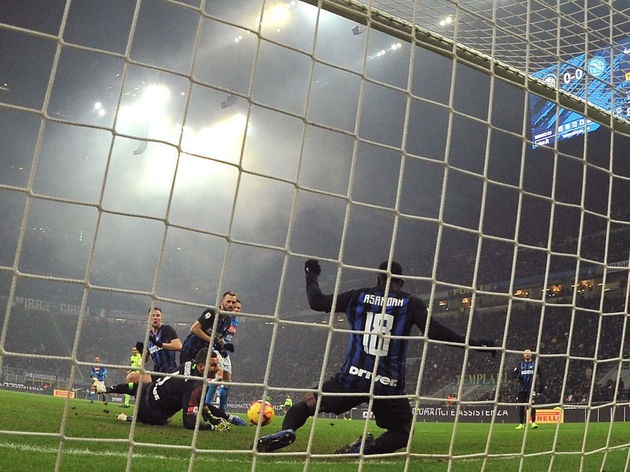 "This Inter-Napoli was a good match. Both teams were passing the ball with speed and deserved to win."