Atletico Madrid manager Diego Simeone has addressed the ongoing rumours that defender Lucas Hernandez could be heading for Bayern Munich in a big money deal this January.

The World Cup winner was reported to be set for a record-breaking €85m move when the window re-opens, before both clubs publicly denied that a deal had been reached.

Speaking ahead of this weekend's ​1-0 win over Espanyol, Simeone reiterated his desire to keep 22-year-old Hernandez in the Spanish capital, but hinted that the decision was ultimately up to the player himself 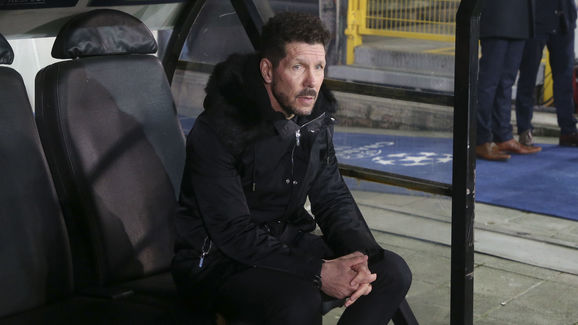 He said: "What I can comment on is that I talked with him, with the club, everyone knows what I think and what I would like.

"As far as I'm concerned, we have a very important game between Espanyol, who are struggling because they've been undeservedly losing games on occasion and will demand a lot from us.

"As for Lucas, I told the club and him what I think of him and hopefully the fans will also show their affection.

"Lucas knows the affection we have, the footballer he is. It's normal for Bayern to apparently want to pay his release clause. Then there's the decision of Lucas and the club." ​Earlier in the week Marca reported that reigning Bundesliga champions Bayern Munich were preparing to activate the €85m buyout clause in Hernandez's contract to bring him to Bavaria in January.

Atletico President  club releasing  in an attempt to end any speculation on the defender's future.