​Arsenal manager Unai Emery has claimed that playmaker Mesut Ozil still has a future in north London, despite his recent absence from the starting lineup.

The German has been out of the matchday squad five times this season, apparently with back trouble, and hasn't started for the Gunners in the ​Premier League since the start of November – amidst reports of a falling out with Emery. 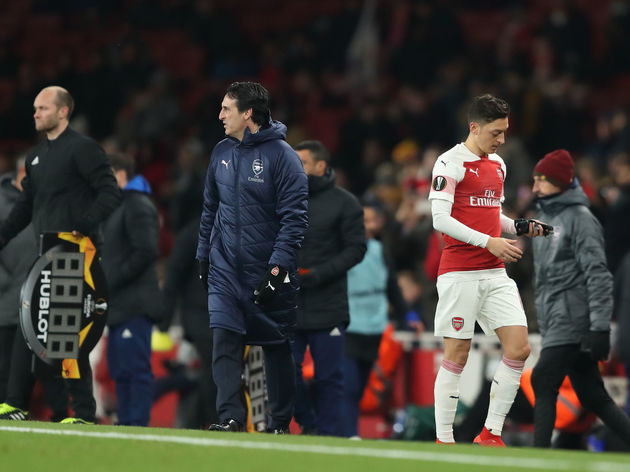 Indeed, his only showing since that draw with Wolves at the Emirates was a 20 minute cameo in their 3-2 loss to Southampton last weekend.

However, speaking at a press conference ahead of Saturday's clash with Burnley, as quoted by ​Football London, Emery claimed the midfielder still had a future under him.

When asked whether this was the case, the Spaniard declared: "Yes, why not?" He confirmed that the player would be in Saturday's matchday squad, though he did also admit the 30-year-old's absence from Wednesday night's Carabao Cup quarter final squad was a tactical decision.

He continued: "I want every player with a good mentality to help us and give us their characteristics and quality. We need Mesut Ozil."

Naturally, there were some questions about the player's state of mind following this period, to which the Arsenal boss responded: "Every player wants to play and be okay to help the team when we need. The frustration is the same for everybody when they didn’t play in a match.

"But I spoke with him and with the regularity in the season, I am telling him what we need from him and he has the commitment to help us and the quality and the characteristics to help us when the team needs his moments in the pitch in one game.

Arsenal are looking to sell Ozil and would even be interested in letting him go out on loan! Scenes! 勞 https://t.co/ymAKl90W9e