Arsenal were defeated for the second straight match on Wednesday night, as bitter rivals Tottenham beat them 2-0 in the Carabao Cup. Goals from Son Heung-min and Dele Alli secured victory for Spurs, as they qualified for the semi-finals in January. After the game Emery was asked about any potential signings, and he was quoted by the club’s official website, saying: “The club is working because if we have one good option to come around and help us, we can do it.

“The club has this possibility to help us in the transfer window with some players, but I am very happy with the players.”

Although Arsenal have ten recognised defenders in their squad, Emery is reportedly eager to upgrade his back line. This is probably due to a plethora of injuries, including Rob Holding and Konstantinos Mavropanos out for the foreseeable future. 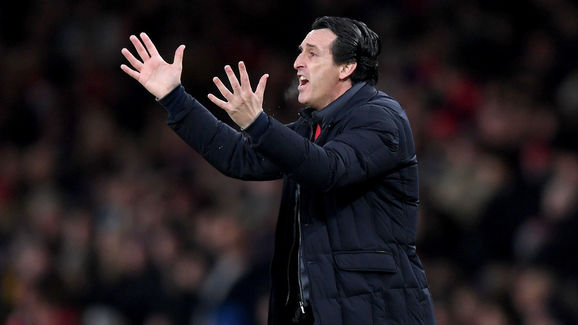 With the transfer window just weeks away, Emery will be keen to do some business to further strengthen his squad.

Arsenal currently sit fifth in the Premier League, and will be eager to bounce back from defeat as quickly as possible. The Gunners were beaten 3-2 by ​Southampton last Sunday, as their 22 game unbeaten run came to an end at St Mary’s.

Arsenal are back in action on Saturday, as they host ​Burnley in the early Premier League kick off.