"Manchester United announces that manager Jose Mourinho has left the club with immediate effect," a statement from the club read.

"The club would like to thank Jose for his work during his time at Manchester United and to wish him success in the future. A new caretaker manager will be appointed until the end of the current season, while the club conducts a thorough recruitment process for a new, full-time manager."

Previously a winner of three Premier League titles with Chelsea, a treble winner with Inter and the man who dethroned Pep Guardiola's Barcelona as La Liga champions while with Real Madrid, Mourinho arrived at United in the summer of 2016 after months of speculation. 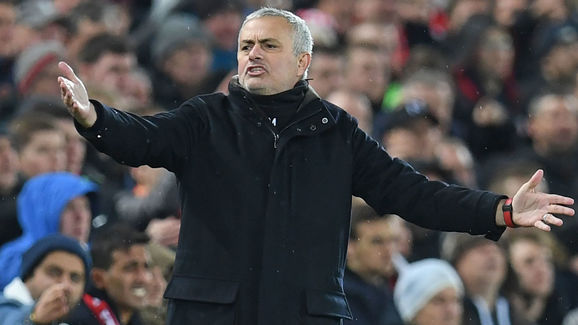 He replaced Louis van Gaal and saw immediate success as he won the EFL Cup and Europa League in his first season. United then finished second in the Premier League in 2017/18, recording their highest points tally since Sir Alex Ferguson retired.

However, things have gone badly wrong since, with United winning only seven of their 17 Premier League games so far this season. There have has also been rife speculation of squad unrest, particularly where record signing Paul Pogba has been concerned.

Told caretaker will be someone with close links to #mufc. Not Nicky Butt, Ryan Giggs or Phil Neville. #mufc

United will now play with an interim in charge when they face Cardiff in the Premier League on Saturday evening. Early gossip suggests it is not likely to be an internal appointment like Michael Carrick. Mauricio Pochettino is rumoured to be the club's preferred long-term target.