​West Ham United moved up to ninth in the Premier League after a comfortable 2-0 victory over London rivals Fulham away at Craven Cottage.

Felipe Anderson teed up Robert Snodgrass early on, who curled home to open the scoring in the 17th minute before Michail Antonio doubled the lead 12 minutes later to seal a fourth successive league victory – their first such run in nearly five years.

The hosts started well and tried to take advantage of their opponents' high defensive line. They created a few decent opportunities throughout the first period, notably when Aboubakar Kamara was denied by Fulham responded well to going behind. They looked to test the West Ham defenders with crosses aiming for

STAR MAN - There wasn't many in a Fulham shirt who caught the eye, but Tom Cairney had some nice moments. He kept the ball under pressure, tried to link up with players and attempted to provide the creative spark for an uninspired outfit. 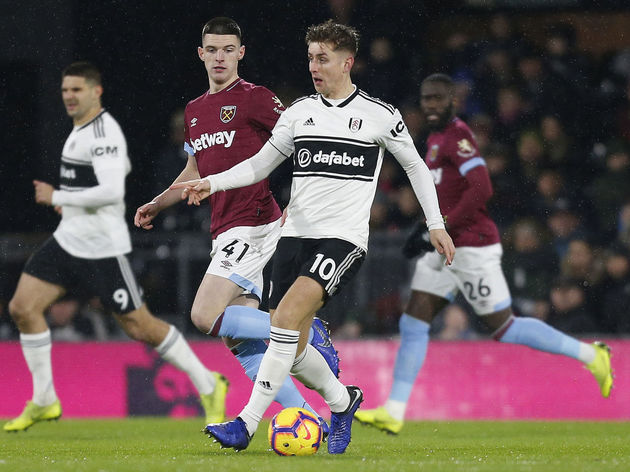 WORST PLAYER - Kamara showed some promise in the first half but wasn't as ruthless as he needed to be. He spurned a great chance to put his side in front, which turned out to be a costly and then failed to make an impact in a second half in which he was severely lazy, drifting offside on several occasions.

The Hammers didn't get off to the best of starts but

Manuel Pellegrini's side hadn't actually created a great deal but were clinical when they got the opportunity, although they benefited greatly due to the

More of the same, lads! Another big half.

They were largely untroubled in the second period and went close to adding a third with Anderson denied by Sergio Rico.

STAR MAN - Felipe Anderson shone once again for the Hammers. He was a nightmare for the Fulham defenders, dribbling past them effortlessly and WORST PLAYER - Hernández may have provided the assist for Antonio's effort that doubled their lead, but he was fairly anonymous during the match. He didn't see much of the ball, didn't link up with his teammates apart from Antonio's goal, and found it difficult to make his usual darting runs.

Next up, Fulham travel to 14th placed Newcastle, hoping to earn their first three points on the road in the league.

Meanwhile, West Ham host Watford, who are directly below the Hammers in the league table and haven't won away from home in their last four league matches.