Crystal Palace manager Roy Hodgson has said he is satisfied with his side’s result, following their 1-0 win over Leicester City on Saturday afternoon.

The Eagles won it through their captain Luka Milivojevic, as his spectacular long shot in the first half sealed all three points for the London club. The result sees Crystal Palace move up to 15th, five points clear of the Premier League relegation zone. “It was a spectacular goal that won it for us, and I was rather hoping in the second half that we would get the break that would see us score the second.”

Milivojevic’s goal was the difference on Saturday afternoon, as the Serbian scored his first goal from open play this season, bring him to six strikes in total. 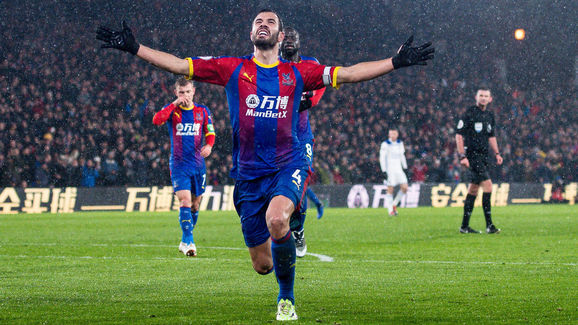 Speaking about Milivojevic, Hodgson said: “He scores some good central free-kicks and I remember him scoring two goals [from there] so he obviously does have a good 20-25 metre strike in him.”

He added: “It was a good attack and one that I was convinced we would get the ball in behind them and getting people flooding in, but as it happened they defended that really well and we had to come out.”

The win comes after back to back away defeats for ​Crystal Palace, when they lost 3-1 to Brighton and 3-2 to West Ham. Saturday’s result made it two successive home victories for the Eagles, after they beat Burnley 2-0 on 1 December.

He added: “The important thing is we’re sitting here tonight with three points in the bag, otherwise we would have found ourselves going into the next two games with far too few points.” The win comes at a good time for Crystal Palace, as they prepare for a trip to league leaders ​Manchester City next Saturday. They then return to Selhurst Park, as they host ​Cardiff City on Boxing Day.