De Jong in particular is thought to be of serious interest to Manchester City, Paris Saint-Germain and Bayern Munich, while Real Madrid, Manchester United, Juventus and Tottenham have all been linked with the 21-year-old midfielder at one time or another. 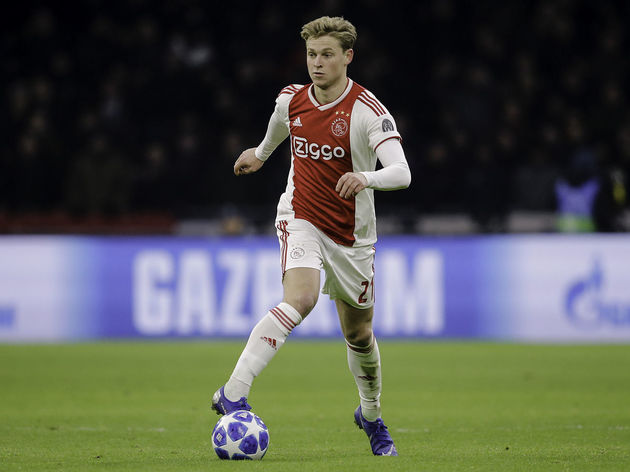 According to Mundo Deportivo (MD), neither player has made a decision about their future. They are said to be in no rush, which is understandable given Ajax's resurgence in the Champions League this season, and are 'waiting' for Barça to make their move.

MD alleges that both de Jong and de Ligt are 'prioritising' Barça over other suitors because of their playing style - it is a style with intrinsic links to Ajax because of the influence of the late, great Johan Cruyff at both clubs.

De Jong is said to believe that Barça is the 'ideal' club to continue his development. De Ligt apparently feels the same way, although it is also pointed out that the teenage defender has some doubts about having to compete with Gerard Pique as a right-sided centre back. Barça may have to spend upwards up to €140m to land both players, with de Jong rumoured to be priced at €75m and de Ligt at €65m. The club is yet to make any kind of formal offer, but MD notes that officials Eric Abidal and Ramon Planes have spoken with Mino Raiola, de Ligt's agent, in Amsterdam, while Abidal is also said to have personally spoken with de Jong.